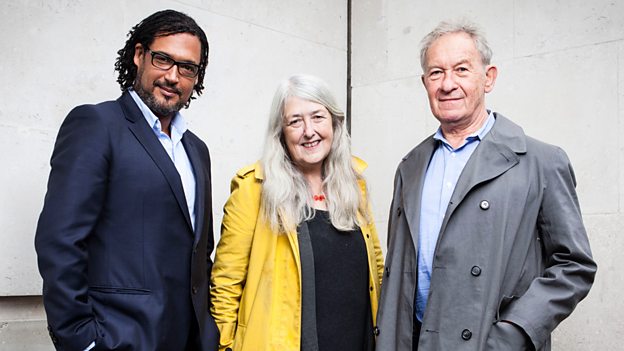 Beyond anything money and political power can do, the arts remain the true measure of our humanity and that is why I am so looking forward to presenting this ambitious new seriesSimon Schama, Art Historian

Category: BBC Two; Factual
The BBC today announced the commission of Civilisations, a major new ten-part series telling the story of art from the dawn of human history to the present day, for the first time on a global scale.

It is now nearly half a century since Kenneth Clark’s series Civilisation thrilled audiences with its authoritative interpretation of the glories of Western art. Inspired by that groundbreaking programme, the new series of Civilisations on BBC Two will introduce a new generation to the great masterworks of beauty, ingenuity and illumination created across the continents.

Civilisations will explore the visual culture of societies from around the globe, revealing alongside the magnificent objects made in the West the wealth of treasures created by other cultures, from the landscape scrolls of classical China and the sculpture of the Olmecs to African bronzes, Japanese prints and Mughal miniatures.

Civilisations will have three presenters, each bringing their own skills and perspectives to the series:

Tony Hall, Director-General of the BBC, says: “I remember the impact Civilisation had on me when I was in school: it was the start of a lifelong passion for the arts. Inspired by that great programme of the past, we want to excite a new generation. We want to show them the power of art and creativity across the world – from the dawn of civilisation to today. I’m thrilled that Simon, Mary and David, three outstanding broadcasters, have accepted the challenge.”

Simon Schama says: “In the half century since Kenneth Clark made his great television series Civilisation, the necessity of art to the human condition has only grown even more emphatic; even more central to the way the world lives. Created in shanties and barrios, in studios and on streets, it has become the defining status of the rich, the public pleasure of everyone else. It is the target of those who wish to destroy it, at the same time as it is valued and desired above all other products of human ingenuity. Beyond anything money and political power can do, the arts remain the true measure of our humanity and that is why I am so looking forward to presenting this ambitious new series.”

Mary Beard says: "I remember watching the original Civilisation with my Mum and Dad, and it feels pretty humbling now to be on the other side of the camera. But for me it's also exciting that in Civilisations we will be seeing ancient Greece and Rome in the context of early art across the globe. I'm particularly looking forward to exploring some big questions. What was early art for? How and why did early people choose to represent their gods - or themselves?"

David Olusoga says: “It’s an incredible honour to be working alongside Simon and Mary, two of the nation’s greatest historians and broadcasters. I’m also thrilled to be a presenter on a series that’s part of a great tradition of arts programming on the BBC. When I was growing up on a council estate my family didn’t have the money to visit galleries or museums, but my mother was able to open up the worlds of art and culture to me through documentaries on the BBC, programmes that broadened my horizons and transformed my view of the world. Civilisations is the next chapter in that tradition of TV with the power to change lives.”

Civilisations will be shot around the globe, filming in Europe, Asia, Africa and the Americas. Alongside the presenters it will also speak to local experts, artists and practitioners, interviewing those who live with and love the art as well as those who make or study it.

Civilisations will use the latest filming technology: this includes macro photography and the most state-of-the art drone and camera movement technology, which will allow viewers to immerse themselves in the extraordinary locations across the world and to see art in new ways - bringing remote objects up close, and celebrating detail, craftsmanship and perfection as never before.

The series will be complemented by other programming across the BBC’s platforms, including innovative online content, to be announced at a later date.

Filming begins in 2016 and the series is expected to air on BBC Two towards the end of 2017.

Civilisations is produced by the BBC and Nutopia in association with PBS and the Open University. The Executive Producers are Jonty Claypole, Janice Hadlow and Mark Bell for the BBC, Michael Jackson and Peter Lovering for Nutopia. Bill Gardner, VP of Programming and Development, will oversee the project for PBS. The series producer is Ian MacMillan. 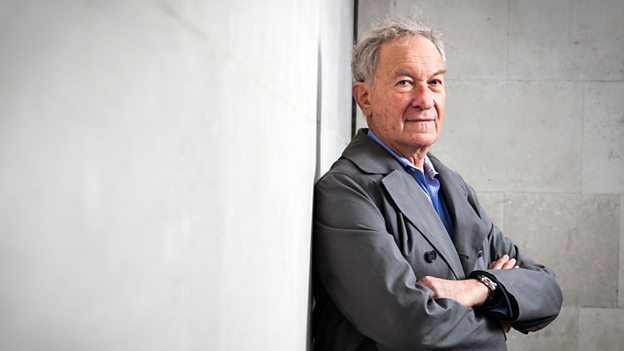 Simon Schama is University Professor of Art History and History at Columbia University and a Contributing editor of the Financial Times. He is the author of seventeen books and the writer-presenter of fifty documentaries on art, history and literature for BBC Two. He was art critic for The New Yorker in the 1990s when his work won the National Magazine Award for criticism. His film on Bernini from the 8 part The Power of Art won an International Emmy in 2007. A History of Britain and The American Future: A History won Broadcast Critics Guild; The Story of the Jews won the Sanford St Martin Trust Television Award and he received the Voice of the Listener and Viewer Award for Excellence in Broadcasting in 2013.

He won the Wolfson Award for history for Patriots and Liberators, the NCR prize for non fiction for Citizens: A Chronicle of the French Revolution, the National Book Critics Circle award for Rough Crossings: Britain, the Slaves and the American Revolution, and the W.H. Smith Literary Award for Landscape and Memory. This year he received the Premio Antonio Feltrinelli in historical sciences from the Accademia nazionale dei Lincei in Rome.

He has had a cooking column in GQ; fashion essays for Harpers Bazaar and writes on everything else for The Financial Times. He curated the Government Art Collection show Travelling Light at the Whitechapel Gallery in London and has worked with Anselm Kiefer, John Virtue and Cecile B Evans on contemporary art exhibtions and installations. He was the A. W Mellon Lecturer in the Fine Arts at the National Gallery in Washington DC in 2006, speaking on late period painting from Titian to Picasso and delivered the Anthony Hecht lectures on the humanities speaking on contemporary art in 2008.

His most recent project was, in collaboration with the National Portrait Gallery, The Face of Britain: The Nation through its Portraits; a book, four part television series and an exhibition at the Gallery. He is currently completing the second and last volume of The Story of the Jews: When Words Fail, to be published in 2016. 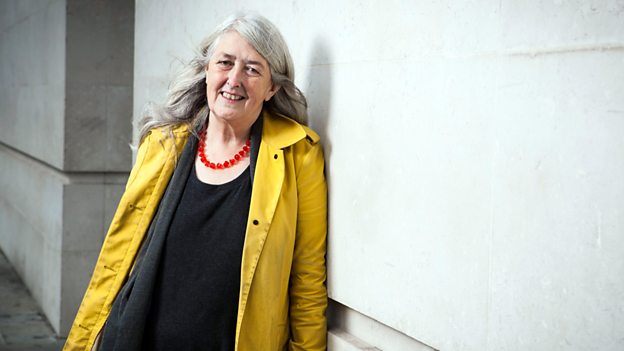 Mary Beard is Professor of Classics at the University of Cambridge, and a Fellow of Newnham College, where she has researched and taught since 1984; she is also Classics editor of the Times Literary Supplement. She has published widely on many things ancient, from books on The Parthenon, The Colosseum and Pompeii (which won the Wolfson History Prize) to a study of Laughter in Ancient Rome, and (with John Henderson) a general introduction to Classican Art: From Greece to Rome. Her most recent book is SPQR: A History of Ancient Rome (Profile, 2015.

She blogs and tweets (@wmarybeard) and among her radio and television credits are three series of A Point Of View (Radio 4), Pompeii: Life And Death In A Roman Town (BBC Two), Meet The Romans (3 parts, BBC Two) and Caligula (BBC Two). In 2016 she has a four part series on the Roman Empire on BBC Two, a new programme on Pompeii for BBC One and a radio documentary on grey hair (Radio 4).

Mary Beard currently holds a Leverhulme Major Research Fellowship and is working full-time on a book about images of Roman Emperors in Western art of the Renaissance and later. 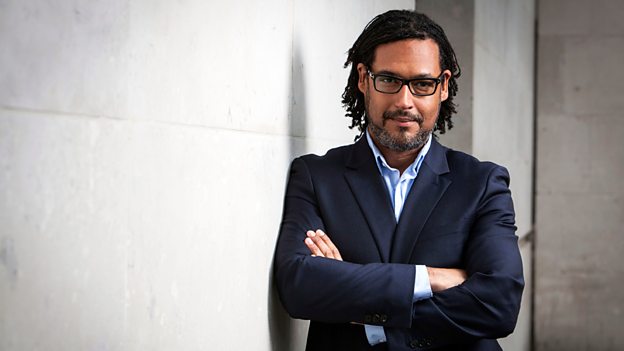 David Olusoga is a British-Nigerian historian, broadcaster and filmmaker. Born in Lagos, Nigeria David studied history and journalism before joining the BBC. He’s won awards as both a presenter and documentary maker. His most recent series include The World’s War: Forgotten Soldiers Of Empire (BBC Two) and Britain’s Forgotten Slave Owners (BBC Two). David is a regular reporter on The One Show and is currently presenting a major landmark series for BBC Two entitled A Black History Of Britain.

David is also the author of The World’s War (Head of Zeus, 2014), the co-author of The Kaiser’s Holocaust: Germany’s Forgotten Genocide and the Colonial Roots of Nazism (Faber & Faber 2010), and was a contributor to the Oxford Companion to Black British History. He is currently writing a new history of slavery, 5000 Years A Slave (Head of Zeus), and White Slavery & The Black War, a new history of the British colonisation of Tasmania. David is a regular writer for The Guardian and The Observer and has written for a range of other magazines and publications.