Claire Goose and Matt Bardock lead the cast of a new BBC One drama, The Coroner 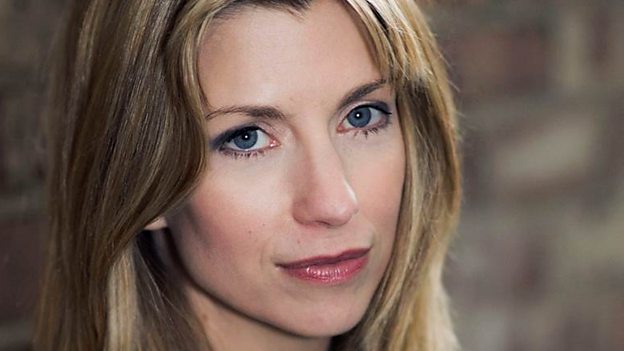 I am incredibly excited and proud to be working on this new drama. I can’t wait to be in Devon over the next few months - it’s such a beautiful place, even more so at this time of the year.Claire Goose

Category: BBC One; Drama; Daytime; English Regions; Casting
BBC One has today (Friday 17 April) announced that Claire Goose and Matt Bardock will lead the cast of a new daytime drama, The Coroner.

The Coroner follows Jane, a high flying solicitor, who after another failed relationship, returns to the small seaside town she escaped as a teenager to take up the post of Coroner. She finds herself forced to work with Davey, the boy who broke her heart and is now local Detective Sergeant.

Jane is the advocate for the dead. Investigating any sudden, violent or unexplained deaths in the fictional world of Lighthaven, based on Salcombe, in the beautiful South Hams of Devon. Together, Jane and Davey work for justice on a new story in each episode.

Claire Goose says: “I am incredibly excited and proud to be working on this new drama. I can’t wait to be in Devon over the next few months – it’s such a beautiful place, even more so at this time of the year.”

Will Trotter, Head of Daytime Drama and Executive Producer of The Coroner, says: “We have created a real gem of a drama series with The Coroner and it’s a reflection on the immense creative talent that exists at the BBC Birmingham Drama Village.

"I am thrilled that Claire and Matt are leading the cast, I just hope viewers share my enthusiasm for the drama and it becomes an appointment to view for them.”

"With the writing talent of Sally Abbott and a great on-screen cast including Claire Goose, The Coroner is a very exciting prospect for BBC Worldwide to help realise”.

The Coroner will begin filming in mid-April in Totnes, Devon. The Development Producer is Ceri Meyrick. Producer is Sandra Maclver. Series Producer is Sam Hill. Script Producers are Loretta Preece and Neil Irvine.

Drama has always been part of the DNA of BBC Birmingham and the Drama Village in Selly Oak, continues this tradition. It produces over 120 hours of drama for BBC One every year, including BBC One’s Doctors; Father Brown, starring Mark Williams – a hit all over the world; the female police drama, WPC56 and our latest commission, The Coroner.

The Drama Village is a gateway for young talent to hone their skills, craft and creativity and is a major factor in the Midlands’s success story. With the fantastic TV and Radio drama programming combined, BBC Birmingham produces over 300 hours of world class drama a year.