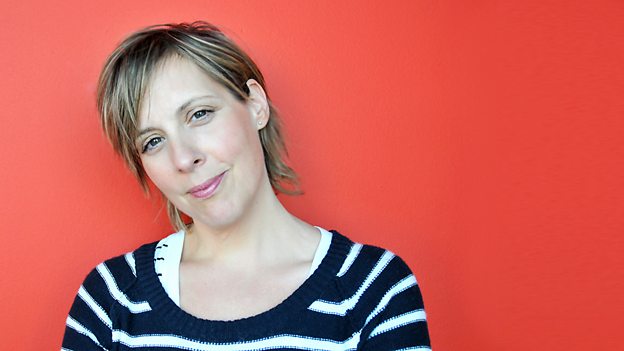 Words cannot express my excitement to be joining Scott and the BBC Eurovision team in Vienna this year!Mel Giedroyc

Mel is a self-confessed fan of the Eurovision Song Contest, who as well as being a judge on Eurovision selection show Making Your Mind Up in 2007, also starred as one of the presenters in the stage show Eurobeat: Almost Eurovision! at the Edinburgh Fringe and subsequently in the West End.

Mel says: "Words cannot express my excitement to be joining Scott and the BBC Eurovision team in Vienna this year! I have dreamed of this since the age of nine, when my siblings and I would mount our own Eurovision at home, taking the parts of different countries. I would always be allotted Mexico and only at the very end of our competition, would be disqualified on the grounds that I was not part of the European Union.

"I can't say that I'm any more geographically savvy than I was then, but I hope to bring some truly trivial Eurovision knowledge with me to Vienna, and certainly a lot of deep love for the Contest!"

Scott Mills returns once more to host the semi-finals on BBC Three. Another Eurovision devotee, Scott has hosted a number of Eurovision shows over the years including the Red Button and iPlayer special announcing the UK act ‘Electro Velvet’ earlier this year. Last month Scott was the red carpet host at ‘Eurovision’s Greatest Hits’ broadcast on the BBC. As well as raving about Eurovision on his daily BBC Radio 1 afternoon show, Scott will also be hosting a special programme on the BBC Radio 2 Eurovision pop up service.

Scott says: “Just when I thought that Eurovision couldn’t get any better, I find out I get to present it with fellow Eurovision fan Mel Giedroyc! Eurovision is always amazing fun but that fun just hit extreme levels now that Mel is involved and I can’t wait to get to Vienna and geek out with her. I also want to give special thanks to Sue for lending Mel to me, I promise to bring her back in one piece. Although maybe with added glitter!”

Guy Freeman, Executive Producer says: “We are delighted to welcome Mel to the BBC Eurovision family in this special 60th anniversary year of the competition to host the semi-finals alongside Scott. Mel is a seasoned presenter and a big Eurovision fan so I know that she will find hosting the show to be a piece of cake.”

The Eurovision Song Contest Semi Finals will be broadcast on BBC Three on Tuesday 19 May and Thursday 21 May.

As one of the 'Big Six' countries, the United Kingdom gains automatic qualification to the Grand Final on Saturday 23rd May alongside Spain, Germany, France, Italy and the host nation, Austria, and does not compete in the semi-finals.

Also automatically qualifying for the Grand Final this year is Australia, who the EBU and host broadcaster ORF have invited to compete in the 2015 Eurovision Song Contest as part of the contests 60th anniversary celebrations.

The United Kingdom can vote for countries in the second semi-final on Thursday 21st May.

Electro Velvet, a musical duo consisting of Alex Larke and Bianca Nicholas will be representing the United Kingdom in Vienna with their song ‘Still in Love With You’.