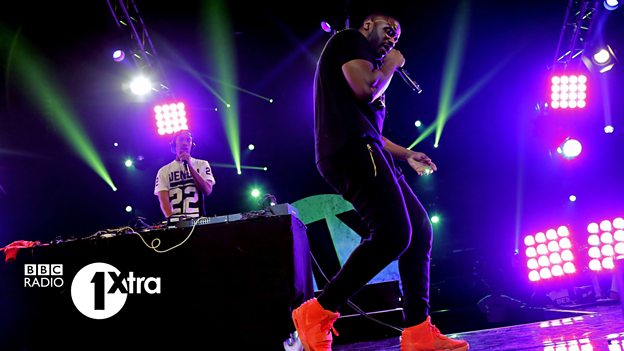 Category: Radio 1Xtra
BBC Radio 1Xtra today announced Lethal Bizzle, Krept & Konan, Flo Rida, Miguel, Natalie La Rose, Stormzy and Kid Ink as part of the line-up for 2015’s BBC Radio 1Xtra Live in Leeds - the station’s annual flagship event which sees some of the hottest acts on the urban music scene take to the stage for one night only.

This huge line-up, along with further acts still to be announced, will hit the stage at the First Direct Arena, Leeds on Saturday 17 October, and represents some of the best UK and international acts currently championed by 1Xtra.

The event, which has an unrivalled reputation for bringing people together to share live urban music, will be hosted by Radio 1Xtra DJs.

Ace and A.Dot will be covering all of the build-up live from 4pm to 6.30pm, with MistaJam and Target presenting a live show backstage from 6.30pm to 11.30pm. The show will also be live on Red Button, streamed on 1Xtra’s website (bbc.co.uk/1xtra) and highlights will be available on YouTube and via BBC iPlayer.

To warm up for the event, Radio 1Xtra will also be putting on an ambitious outreach project of over 30 events in 30 days for 15-24 year-olds in Leeds and Bradford. The programme, which will run from 15 September to 17 October, will be created specifically for the young people in the cities, and will include a range of Q&As, practical workshops, networking events and work experience opportunities, with insights from 1Xtra DJs and staff, artists and music industry professionals.

Natalie La Rose says: “I’m super excited to perform at the 1Xtra event because it’s going to be my first big live performance in the UK, so I really can’t wait. 1Xtra get ready!”

Austin Daboh, BBC Radio 1Xtra Music Manager, says: "To be able to bring this level of national and international talent to a local audience is what 1Xtra Live is all about. The line-up is amazing and with a crowd like Leeds, it's set to be one of the hottest nights of the year."

Further details about 1Xtra Live, including ticketing information will be revealed in the coming weeks.