Roger Wright to leave the BBC 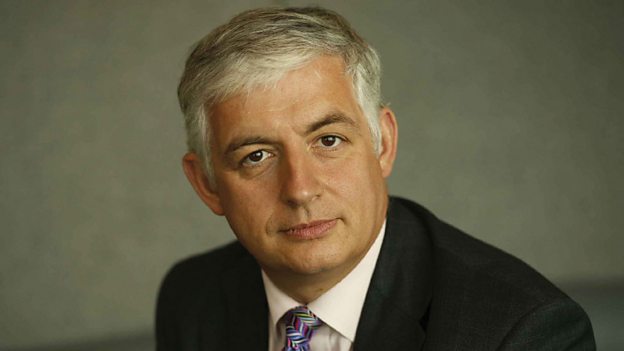 He has been a fantastic champion of classical music across the BBC and has raised the profile of the Proms every year. We wish him well at Aldeburgh Music and will be looking to build on his achievements at Radio 3 and the Proms.Tony Hall, Director-General, BBC

Category: Radio 3; Corporate; Proms
Roger Wright, Controller of BBC Radio 3 and Director of the BBC Proms, has today announced that he will be leaving the BBC to take up the post of Chief Executive of Aldeburgh Music in early September.


Roger, 57, has been Controller of Radio 3 since 1998 and Director of the BBC Proms since 2007. During this period, the BBC has been the largest commissioner of new music in the UK, emphasised live music and strengthened support for young artists, been a pioneer in digital projects, built many partnerships and has worked extensively with youth orchestras, choirs and young performers.

Under his leadership, Radio 3 has maintained a unique and distinctive offer - as both the BBC’s home of classical music and a broadcaster of arts, speech, drama, jazz and world music - to a loyal audience of around two million weekly listeners, whilst growing its digital presence and reputation for innovation.

In recent years, the BBC has built record audiences at the BBC Proms, the world’s largest music festival.

Roger began his professional life in 1978 at the British Music Information Centre and also worked as a freelance writer and broadcaster with specialist knowledge of British 20th century music. He was then appointed Senior Producer at the BBC Symphony Orchestra before becoming Artistic Administrator of The Cleveland Orchestra in 1989. Three years later, he moved to Hamburg to take the post of Vice President, Artists and Repertoire, at Deutsche Grammophon, before returning to the BBC in 1998.

Tony Hall, BBC Director-General, said: "Over the last 15 years Roger has made a huge contribution to the BBC, through the success of both Radio 3 and seven seasons of the Proms. He has been a fantastic champion of classical music across the BBC and has raised the profile of the Proms every year. We wish him well at Aldeburgh Music and will be looking to build on his achievements at Radio 3 and the Proms."

Helen Boaden, Director of BBC Radio, said: “Roger is a unique and brilliant talent. In the 15 years he has spent as Controller of Radio 3 and seven seasons he has led the BBC Proms he has displayed an unwavering commitment to quality, courage in introducing new kinds of music and developing exciting collaborations, and massive ambition on behalf of audiences.

"He has driven the distinctiveness of Radio 3 by developing a unique blend of music and speech programming, and creating special events like the Free Thinking Festival. He is one of a kind and we are going to miss him hugely but wish him every success in his wonderful new job.”

Roger Wright said: "I am honoured to have been invited to lead Aldeburgh Music at such an exciting time in its development. However, I am sorry to be leaving the BBC, having enjoyed such a long and fulfilling period at Radio 3 and the BBC Proms, and with the arts due to be such a key part of its immediate future under Tony Hall's leadership. I am fortunate indeed to have been able to work with fantastically creative and hard-working colleagues."

Recruitment for the posts will begin in due course.