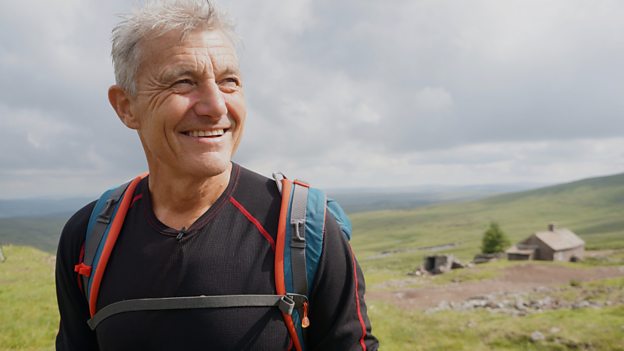 I've spent my life leading science expeditions to the most remote and challenging places on earth... Yet right here on my doorstep is the Pennine Way - a world class challenge!Paul Rose, Presenter

Officially opened in 1965, the 268-mile Pennine Way stretches from Edale in the Derbyshire Peak District to Kirk Yetholm on the Scottish Border, taking in some of Britain’s most rugged and spectacular countryside along the way.

In this 4x30' series, polar explorer and ocean diver Paul Rose takes on a challenge a little closer to home as he explores the fascinating history, geography and flora and fauna of this diverse trek across the backbone of England.

Swapping the seas of Mozambique and the ice caps of Antarctica for the dales of Yorkshire and the fells of Northumberland, Paul Rose follows in the footsteps of the thousands of walkers who have trodden the public footpaths of the great walk.

From the highest pub in England to the Roman excavations at Hadrian’s Wall and the red squirrels of Northumberland to the blustery Helm Wind of Cumbria, Paul Rose discovers the wildlife, geographical features and people that make the Pennine Way so distinctive and challenging.

“The Pennine Way goes right through the very heart of the North and has been enjoyed by walkers, nature lovers and serious hikers for 50 years,” says executive producer Nicola Addyman.

"We're delighted that Paul Rose is going to focus his incredibly well-travelled gaze on such a treasured national trail."

Paul Rose adds: “I've spent my life leading science expeditions to the most remote and challenging places on earth. I've skied across the Greenland Icecap, made first ascents of Arctic mountains, run an Antarctic Research Station and dived in some of the most hostile regions of the ocean. Yet right here on my doorstep is the Pennine Way - a world class challenge! It was a delight to discover that it is such a beautiful, powerful and demanding adventure. Exploring the Pennine Way has been surprising, a privilege and huge amounts of fun.”

Set for transmission in 2015, the documentary series is a co-production between BBC Yorkshire and BBC Two. It will first be shown on BBC One in Yorkshire followed by a network broadcast on BBC Two.