BBC Performing Arts Fund announces 32 Ones to Watch for 2015 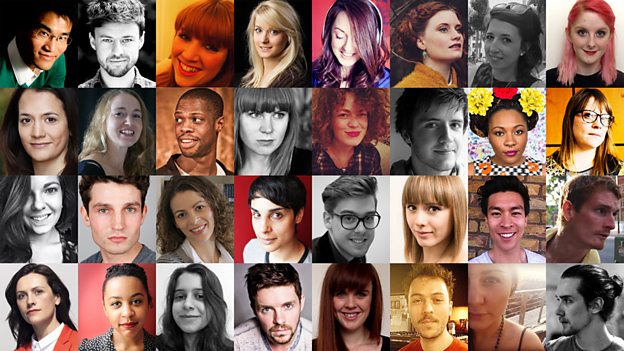 The BBC Performing Arts Fund is excited to announce that it will be supporting the next generation of performing arts talent across the UK by awarding Fellowships to 32 individuals.

From choreographers, producers and writers, to a circus performer, a poet, and a lighting designer, the Fellows are as varied in their disciplines as they are in their geographic locations, with two-thirds making work outside of the capital.

Birmingham Royal Ballet, Dancebase in Edinburgh, Manchester’s Z-Arts and Prime Cut in Belfast are just some of the selected arts organisations that will host a BBC Performing Arts Fund Fellow. The bespoke placements offer professional support, training and development opportunities in addition to the PAF grant of £10,000 per organisation, totalling £320,000 in grants.

Follow @BBC_PAF #32onestowatch for updates on our Fellows’ progress or visit http://www.bbc.co.uk/performingartsfund/.

The Fund is a BBC Charity committed to developing new performing arts talent from across the UK. The charity is funded through revenue from the voting lines of BBC One entertainment programmes. Over £5 million in grants has already been awarded via the Fund in the past 12 years.

“Thirty-two amazing talents from across the UK will benefit from a year of sustained support from wonderful arts organisations, enabling them to really build on their talent and reach their potential. The diversity of the Fellows, from opera to spoken word, theatre to dance, from Northern Ireland to Southampton, shows a real commitment by the BBC Performing Arts Fund to support the sector.”

“This is a brilliant opportunity for us to work with a female lighting designer at the start of her career to help her forge new contacts within the industry, and broaden her experiences and ambitions. We hope it will be a really good boost for her career and we can’t wait to get started.”

“The year ahead will see me acquiring invaluable inside knowledge of the 'real world' of performing arts and making contacts that I may never meet otherwise. With the help of the Jacksons Lane team I will be able to explore which area of creating circus I'd like to focus in on in my future. Moving to London and living in a creative hub will be life changing in its own way as there is no better place to find circus in the UK than in London”.

The 32 successful organisations and Fellows are:

The BBC Performing Arts Fund is a registered charity, number 1101276.

The charity (formerly Fame Academy Bursary Trust) was set up in 2003 within the BBC. The fund receives revenue from the voting lines of BBC One entertainment programmes that seek to find new performing talent (including The Voice, Fame Academy, How Do you Solve A Problem Like Maria? and Over The Rainbow).

To date the fund has allocated more than £5 million to talented performing arts individuals and community groups, as well as offering mentoring and advice to help them achieve their goals.