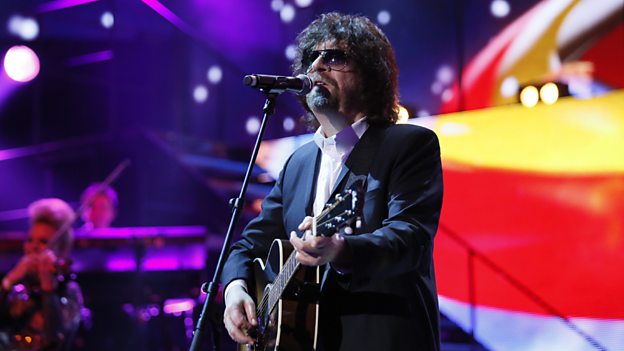 ELO are my generation's Beatles and I cannot believe we've got the main man playing our Festival In A Day...Chris Evans

Jeff Lynne has experienced global success as one of the founding members of the Electric Light Orchestra (ELO) and creator of ELO’s music, as well as a solo artist, composer, producer and song-writer but this will be the first time that he has performed as ELO at any festival since 1986. He was also a co-founder and member of The Travelling Wilburys together with George Harrison, Bob Dylan, Roy Orbison and Tom Petty.

The crowds at Hyde Park will be able to witness the hit music of ELO accompanied by the BBC Concert Orchestra. This combination highlights the diverse range of musical collaboration Radio 2 is able to curate.

Jeff Lynne said: “I haven’t performed live in quite some time, and I know the fans have asked for it a lot over the years. It’s very exciting to come to Hyde Park with Radio 2 and do something this big, and I’m very much looking forward to playing my ELO songs for everyone.”

Chris Evans said: “ELO was the first band I ever saw live. Jeff Lynn lit up the eyes of a fourteen year old that have been burning as brightly as the sun ever since. ELO are my generation's Beatles and I cannot believe we've got the main man playing our Festival In A Day - not to mention what was already a stellar line-up before today's announcement of this year's headline act.”

Jeff Smith, Head of Music, Radio 2 and 6 Music, said: “It’s our privilege that Jeff has chosen Radio 2 Live in Hyde Park to bring back ELO to the live stage. We’re very excited to have him play some of the greatest hits including 'Mr Blue Sky' and 'Livin’ Thing' as we know our audience loves this music. To hear these songs live and in the atmospheric surroundings of Hyde Park will be a unique moment for all of us. ELO and our already impressive line-up promises to deliver a glorious day of late summer entertainment.”

Now in its seventh year, Radio 2 Live in Hyde Park is the live highlight of the Radio 2 musical calendar. So far this year Radio 2 In Concert has featured Kylie Minogue and Elbow, as well as the recent Friday Night Is Music Night D-Day special from Royal Albert Hall which was live on Red Button as well as screened at cinemas around the UK.

Coverage of the event, including full sets and performances from the day, will be available to watch on the BBC Red Button, BBC iPlayer and the Radio 2 website, which will also feature exclusive backstage footage, acoustic sessions and interviews from the event.

For more information about this year’s festival go to bbc.co.uk/radio2.