Principal photography begins on The Hollow Crown: The Wars Of The Roses 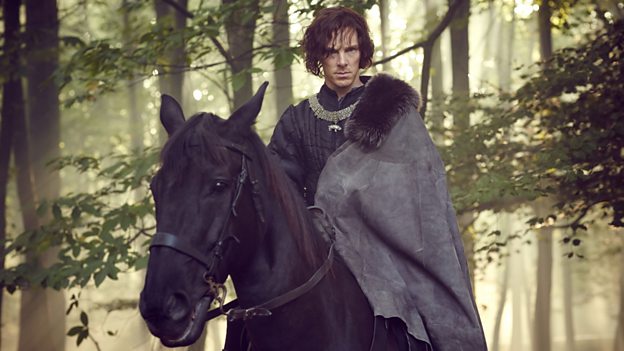 Category: BBC Two; Drama; Commissions and casting
Principal photography has begun on The Hollow Crown: The Wars Of The Roses, a Neal Street co-production with Carnival/NBCUniversal and Thirteen for BBC Two, filming in locations around the UK.

In the US, the series will be transmitted on PBS by GREAT PERFORMANCES, produced by THIRTEEN Productions LLC for WNET.

Following an outstanding critical and audience reaction to the BAFTA Award-winning The Hollow Crown series in 2012, Neal Street Productions and Carnival Films/NBCUniversal bring the concluding part of this ambitious cycle of Shakespeare’s History plays to the screen in three further filmed adaptations, Henry VI (in 2 parts) and Richard III.

Cast list for each film follows at end of release.

Sam Mendes, executive producer for Neal Street Productions, said: “After the critical and popular success of the first part of The Hollow Crown - and seven years after we very first suggested the idea to the BBC - I am delighted to announce the start of principal photography on the second half of this magnificent epic story. Yet again we have assembled an amazing cast - led by Benedict Cumberbatch, Judi Dench, Hugh Bonneville, and Sophie Okenedo, amongst many others - under the direction of the hugely talented Dominic Cooke. I'm very excited indeed to see them all bring the rest of this astonishing story to life.”

Reuniting the creative team at Neal Street Productions, who were behind The Hollow Crown, the films are a Neal Street co-production with Carnival/NBCUniversal and Thirteen for BBC. Dominic Cook‎e (former Artistic Director of The Royal Court theatre) will make his TV directorial debut with the three films. Ben Power (Associate Director of The National Theatre), who previously wrote the screenplays for Richard II and Henry V, has adapted the cycle for the screen. Rupert Ryle-Hodges also returns as producer.

Cast announced for each film:

The Hollow Crown: The Wars of the Roses is a Neal Street co-production with Carnival/NBCUniversal and Thirteen for BBC. Executive producers are Sam Mendes, Pippa Harris and Nicolas Brown for Neal Street Productions, David Horn for THIRTEEN and Gareth Neame for Carnival Films/NBCUniversal. It was commissioned by Ben Stephenson, Controller BBC Drama commissioning.