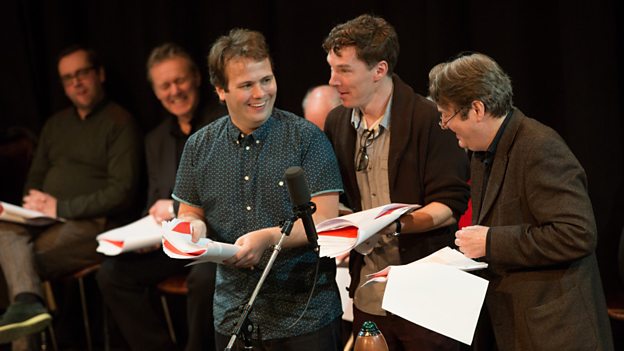 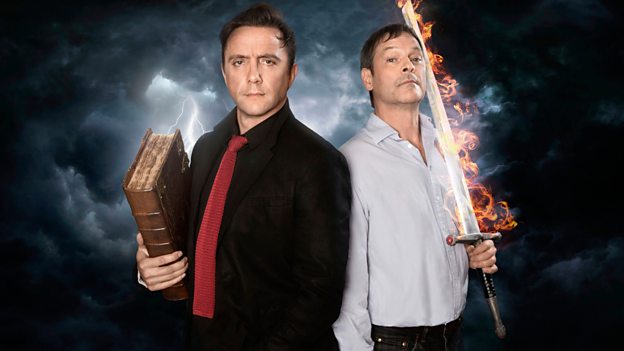 The six-part adventure, Good Omens, will begin with a special double-bill on Monday 22nd December at 11.00pm and culminate in an apocalyptic hour-long episode on Saturday 27th December.

To mark the announcement, BBC Radio 4 has released a very special clip from the programme, starring none other than the co-authors Neil Gaiman and Sir Terry Pratchett. The charismatic demon Crowley (played by comedian and actor Peter Serafinowicz - Guardians of the Galaxy, Star Wars: The Phantom Menace, Shaun of the Dead) is late for an appointment to meet the Duke of Hell and the police, played by Neil and Terry, are on his tail and about to get more than they bargained for…

To accompany the programme there will also be a series of illustrations from graphic artists, including the depictions of Neil and Terry seen in the clip by Si Gurr. Fans can head to www.bbc.co.uk/goodomens to see more. As the drama develops additional illustrations, clips, teasers and photos will be added to the site.

Meanwhile, fans of Cabin Pressure will be sky-high with the news that the final ever episode will be a double-bill, airing on BBC Radio 4 on Tuesday 23rd and Wednesday 24th December at 6:30pm.

With the show titles running alphabetically from the first ever episode – ‘Abu Dhabi’ through to this double finale – ‘Zurich’, the cast and crew of MJN Air discover that whether it's choosing an ice-cream flavour, putting a princess in a van or remembering your grandmother's name, no job is too small, but many, many jobs are too difficult.

Gwyneth Williams, Controller, BBC Radio 4 said: “John Finnemore and his star cast have won our hearts with Cabin Pressure. Alas this is the final flight but we are delighted to bring it to you at Christmas. Join us too for Neil Gaiman and Terry Pratchett’s Good Omens - especially made for Radio 4 listeners. We are so lucky to have such a wealth of talent and brilliance in this year’s Christmas schedule. And anything you miss you can hear again on iPlayer or download it to listen to at your leisure.”

Illustrations and images are available for both programmes.