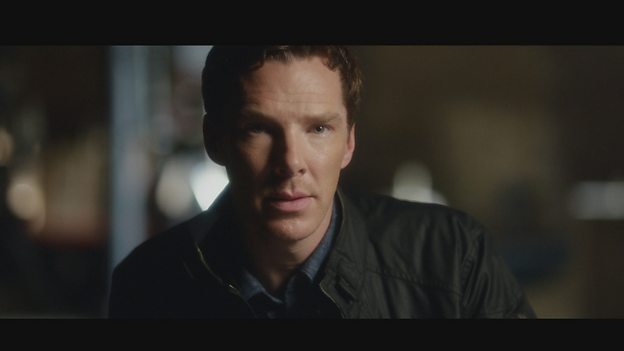 Who better than Benedict Cumberbatch to narrate this special film, which showcases the BBC's unique role in nurturing talent and its powerful storytelling.Ben Stephenson, Controller BBC Drama Commissioning

Category: Drama
A brand new trailer showcasing the best of BBC Drama - past, present and future - is to launch on Tuesday 28 October at 8.58pm on BBC One, before new drama The Missing.

BBC will launch a brand new trailer led by Benedict Cumberbatch (Sherlock, The Hollow Crown II) which cements the BBC as the home of Original British Drama.

Ben Stephenson, Controller BBC Drama Commissioning says: "It's a privilege to premiere a new trailer tonight that celebrates BBC Drama. Who better than Benedict Cumberbatch to narrate this special film that showcases the BBC's unique role in nurturing talent and its powerful storytelling from the past, present and future."

Benedict reads William Shakespeare’s monologue All the World’s A Stage, from As You Like It, as the trail celebrates a lifetime of Original British Drama. With moments from seminal dramas past, present and future, it showcases the unrivalled, world class storytelling and talent of BBC Drama.

In its 80 years of producing Original British Drama, the BBC’s unrelenting ambition has been to create more memorable characters and moments than any other broadcaster.

Dramas from the past, which celebrate the BBC’s iconic heritage and its aim to produce bold and unforgettable drama, include; The Singing Detective; House Of Cards; Tinker, Tailor, Soldier, Spy; This Life, Pride and Prejudice; Criminal Justice; Small Island; Spooks and Life On Mars.

More recent BBC dramas include; The 7.39; The Honourable Woman; Burton and Taylor; Our Zoo; The Shadow Line and Our Girl.

Drama series highlighted in the trailer include; Doctor Who, which remains one of the world’s most popular dramas of our time; Last Tango in Halifax and Luther. Plus Sherlock, series three of which was the most viewed BBC drama series in over a decade; Call The Midwife, which has been one of Britain’s most loved drama series since it launched in 2012; Death in Paradise; Peaky Blinders; Line of Duty; The Fall; The Hollow Crown; EastEnders; and Happy Valley.

The new trailer celebrates the BBC’s commitment to Original British Drama, to world class storytelling and to making memories for our audiences to share in years to come.

The trailer will launch on Tuesday 28 October, 8.58pm, before The Missing on BBC One. It will be available on BBC iPlayer.

Exclusive clips of the BBC’s biggest new and returning dramas will sit behind an interactive version of the trail on the iPlayer page and be live from 9.00pm tonight:

New picture of Benedict Cumberbatch can be found here