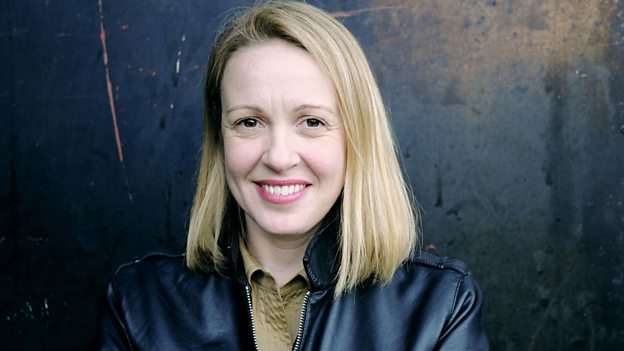 My focus is on building on that success to ensure that BBC Two continues to thrive in its next 50 years with ambitious, enjoyable and distinctive new programmes across comedy, entertainment, drama and factual.Kim Shillinglaw

The new commissions encompass a major new adaptation of Iain Banks' novel Stonemouth; stellar cast names, including Judi Dench, Sophie Okonedo, Keely Hawes and Benedict Cumberbatch, for further Shakespeare adaptations from the team behind the RTS Award-winning, The Hollow Crown; new comedy including the debut of Javone Prince's own show, as well as the move of Jack and Michael Whitehall’s Backchat from BBC Three to BBC Two; a landmark factual series exploring the black history of Britain and an exciting new series with Sue Perkins as she takes a life-changing journey to the Mekong river.

Kim Shillinglaw says: "I've joined BBC Two in incredible shape, celebrating its 50th birthday with peak and all hours share up from last year; we’ve enjoyed successes across all genres with Line Of Duty, Peaky Blinders, The Wrong Mans, W1A, our coverage of the Winter Olympics and Glastonbury and outstanding factual like the Fifteen Billion Pound Railway and A Very British Airline providing content and pleasure for the nation.

"My focus is on building on that success to ensure that BBC Two continues to thrive in its next 50 years with ambitious, enjoyable and distinctive new programmes across comedy, entertainment, drama and factual.

"Today, I'm announcing a number of new commissions that demonstrate the ongoing confidence and range of BBC Two, from a strong line-up of fresh and lively new comedy to powerful new drama; and a very different take on British history from award-winning documentary maker David Olusoga.

"BBC Two and BBC Four have seen increased collaboration this year with the highly successful 18th century season demonstrating how the two channels can work together to delight mainstream audiences and then offer real depth in a way that is unique in British television.

"I'm looking forward to growing collaboration further over the next year, for example with Young Dancer of the Year across both channels and other great new projects announced by Channel Editor Cassian Harrison today.”

The Hollow Crown: The Wars Of The Roses

Judi Dench will play Cecily, Duchess of York, alongside Benedict Cumberbatch’s Richard III. Sophie Okonedo has been cast as Queen Margaret across all three films. Hugh Bonneville will play Humphrey, Duke of Gloucester and Sally Hawkins his wife Eleanor, Duchess of Gloucester in Henry VI part 1. Keeley Hawes plays Queen Elizabeth in Henry VI part 2 and Richard III and Tom Sturridge has been cast as Henry VI in parts 1 and 2.

The three filmed adaptations - Henry VI (in 2 parts) and Richard III - are co-produced by Neal Street Productions with Carnival Films / NBCUniversal and Thirteen following the success of BAFTA Award-winning The Hollow Crown. Executive producers are Sam Mendes, Pippa Harris and Nicolas Brown for Neal Street Productions, David Horn for Thirteen and Gareth Neame for Carnival/NBCUniversal. It was commissioned by Ben Stephenson, Controller of BBC Drama.

Dominic Cooke will direct all the films, Ben Power has adapted the plays for the screen and Rupert Ryle-Hodges will produce.

Acclaimed author Iain Banks’ novel Stonemouth is to be dramatised by BBC Scotland and Slate North for UK audiences, the first TV adaptation of his work since his death in 2013.

A BBC Scotland/Slate North co-production for both BBC One Scotland and BBC Two, the two-part (2x60') drama is a rite of passage tale set in the fictional Aberdeenshire village of Stonemouth.

Delving into love, loyalty and vengeance, Stonemouth focuses on the character of Stewart Gilmour, who returns for his best friend’s funeral. Run out of town a year earlier by his girlfriend’s family, Stewart is forced to face up to his own past whilst uncovering the sinister truth behind his friend’s apparent suicide.

Written by David Kane (The Field Of Blood, Prime Suspect) and directed by Charles Martin (Run, Wallander and A&E's US remake of The Returned), BBC's TV adaptation of Stonemouth will film in locations around Scotland from October 2014. Casting will be announced in due course.

Stonemouth is a co-commission by Ewan Angus, BBC Scotland’s Head of Commissioning and Ben Stephenson, Controller of BBC Drama Commissioning. It will be executive produced by Christopher Aird for BBC Scotland and Andrea Calderwood for Slate North.

The multi-talented and award-winning Javone Prince is coming to BBC Two with a brand-new sketch series. The Javone Prince Show looks at all facets of contemporary multicultural Britain; it questions who we are, what our attitudes are and why we have them. Each week, self-professed original loverman, Javone (PhoneShop, Horrible Histories) and friends will dissect 21st century Britain with a series of insightful, relevant, and downright hilarious takes on everyday life.

Shot in front of a live audience and featuring sketches, stand-up, music and some very special guests, this is going to be an explosive debut series from one of Britain's most exciting new comic talents.

The Javone Prince Show (4x30') will be the first production for Phil Bowker (PhoneShop, Pulling, 15 Storeys High) and Lee Tucker's (Silver River, Avalon) indie 'Lovely Electricity' and will be made jointly with BBC In-house Comedy Production. Myfanwy Moore (Little Britain) will be the executive producer.

The script was discovered through the Trans Comedy Award - a 2013 BBC talent search, through the BBC Writersroom, which offered comedy writers up to £5,000 for the best script that promoted a positive portrayal of transgender characters.

Leo’s had a bad day. He’s been fired (again), is being given a hard time by his mum and, to cap it all, his blind date fails to show up. But then he bumps into Judy and finds himself deeply attracted to this surprising and beguiling woman. They bond over drinks and, unfazed by the fact that there’s a bit of an age gap between them, arrange to meet the following evening. Leo’s mother is unhappy that he’s having dinner with an older woman. But Leo doesn’t care what she thinks; he knows that he’s just met someone very special.

Boy Meets Girl, 6x30', is a Tiger Aspect production for BBC Two. The series producer is Margot Gavan Duffy and the executive producer is Sophie Clarke-Jervoise.

Hit BBC Three show Backchat is moving to BBC Two. Jack Whitehall hosts a brand-new series of his comedy chat show with a twist. His dad will be there too. Expect more candid conversation, family feuds and must-see moments as an eclectic line-up of guests find themselves stuck between the funniest father and son double act around.

Backchat is a Tiger Aspect production.

A Black History Of Britain with David Olusoga

David Olusoga (The World's War: Forgotten Soldiers Of Empire) will present a new landmark series exploring the black history of Britain. The ambitious six-part series will provide an authored account of the people and moments that have defined Britain's black history. A Black History Of Britain will look back at the African diaspora that has resided for centuries not just in Britain's towns and cities but in the national imagination - in British art and literature. From Roman legionaries to Steve McQueen, the Domesday Book to the court of Henry VIII, the series will reveal how Africa and her people have been part of the British story for far longer than many people would imagine.

The series was commissioned by Martin Davidson, Head of History Commissioning and the executive producer will be Chris Granlund for BBC Production.

The Mekong River with Sue Perkins

Currently on air presenting The Great British Bake Off and BBC Two’s Edinburgh Festivals coverage, Sue Perkins will be back on BBC Two later this year setting off a very different adventure as she takes an incredible journey to the Mekong, South East Asia's greatest river. The entertaining and illuminating series introduces us to the ‘Mother of Water’, a river that brings life to millions of people from the paddy fields of Vietnam to the mountains of the Tibetan Plateau.

Sue goes on a life-changing adventure, exploring lives and landscapes that are on the point of dramatic change as massive hydro-electric dams built to harness the river’s power alter the ebb and flow of this great waterway. Across four episodes, spanning nearly three thousand miles, she travels upstream through Vietnam, Cambodia, Laos and China, towards the Mekong’s source high in a Himalayan glacier.

It was commissioned by Emma Willis, Head of Documentary Commissioning; Lucy Carter is the executive producer for Indus Films and Clare Paterson for the BBC.