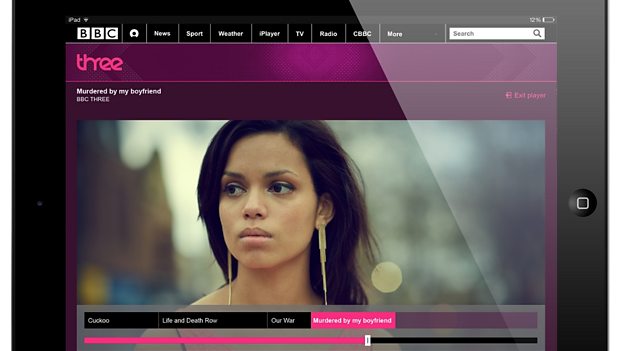 We’ve managed to come up one of the most exciting and ambitious proposals I’ve seen since I came back to the BBC.Tony Hall, Director-General

Category: BBC Three; Corporate
First details of proposals to close BBC Three as a broadcast channel and reinvent it online have been unveiled today.

The changes - which are subject to approval by the BBC Trust - will generate savings of £50m, which will be reinvested into BBC Three online, as well as strengthening BBC One.

The proposal would allow the use of new forms and formats, different durations, and more individualised and interactive content based on two key editorial pillars – Make Me Think and Make Me Laugh.

Children’s programmes on CBBC would be extended by two hours per night as a result of the proposal, which also includes launching a catch-up channel, BBC One + 1 – making programmes more available to people who do not use BBC iPlayer or have access to broadband. This will help mitigate any short-term loss in time spent among 16-34 year old audiences, as BBC One still generates the biggest reach among younger audiences.

BBC Director-General Tony Hall says: “With the licence fee frozen we’ve had to make difficult decisions – and none more so than our proposal to move BBC Three online. In rising to this challenge, we’ve managed to come up one of the most exciting and ambitious proposals I’ve seen since I came back to the BBC.

“By searching out new ways to engage and entertain young audiences on their terms, the new BBC Three will be a great example of how we can reinvent the public service for the digital world - using their talent, appearing on the platforms and devices that they use and talking to them as equals and partners.”

Danny Cohen, BBC Director of Television, says: “As a former BBC Three Controller this genuinely wasn’t an easy decision but if ever there’s proof that necessity is the mother of invention, I believe it’s today’s proposal. I didn’t want to makes savings by simply salami-slicing again across the board in BBC Television – for me that wasn’t an option.

“I'm truly very excited about the plans we are developing, both in terms of what they will mean for the future of BBC Three and what we can learn to drive the whole of the BBC forward in a time of relentless digital and technological change. I don’t want us to sit back as a legacy company and watch as generational change bites away at our impact – I want us to be at the forefront of that change.”

Damian Kavanagh, BBC Three Proposal Lead says: “When we announced our plans to move BBC Three online, we admitted we were doing it earlier than hoped but it’s become clear that for young audiences, their shift from linear to TV to online is already happening. It now represents 28 percent of the average daily viewing for 16-24s, with forecasts from Enders Analysis suggesting this will be as high as 40 percent by 2020. Our proposal is to re-invent BBC Three for the digital age and to take risks with ideas, talent and technology. We want to take what’s great about BBC Three and what’s great about digital and merge the two, to give audiences something of the digital world, not just in it. This is not moving a TV channel and putting it online. This is new. We are the first broadcaster in the world to propose something like this.”

In addition to financial necessity, moving BBC Three online presents an opportunity to develop new forms, formats, different durations, and more individualised and interactive content. It will play to BBC Three’s strengths, offer something distinctive and new, and enhance the BBC’s reputation with young audiences.

The new BBC Three has the potential to shape and expand the market for the providers of digital entertainment, information and education for 16-34 year olds in the UK and build demand for new forms of content. If successful, moving BBC Three online could help to build digital awareness in much the same way that BBC News Online encouraged take up of the internet and BBC iPlayer helped to build the market for Video On Demand (VOD) services.

BBC One+1 supports the BBC’s strategic objective to better serve our audiences by strengthening our channels and by increasing the availability of our programmes for those who do not use BBC iPlayer or have access to broadband. Although viewing may be shifting away from linear towards on-demand services, broadcast television is still very important for younger audiences. BBC One still generates the most unique reach amongst our TV services.

The second proposal to strengthen our linear portfolio is extending CBBC’s hours of broadcast by two hours a day, to ensure that the BBC’s younger audiences aged six to 12 have an opportunity to watch the channel in the early evening, rather than when they are at school.

For a fuller explanation of Damian Kavanagh’s plans for BBC Three, please read his blog at bbc.co.uk/blogs/aboutthebbc

The BBC Trust’s Service Committee has confirmed that these proposals represent a significant change to the UK public services and the Trust is therefore required to conduct a public value test, including a public consultation, so licence fee payers, audience groups and industry stakeholders have an opportunity to have their say on the proposals. Further details can be found here: BBC Executive proposal to move BBC Three online 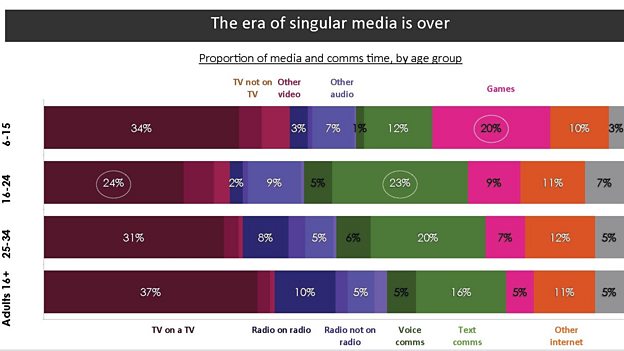 1. BBC Three was launched on 9 February 2003. Under these proposals, it would close in autumn 2015, and be replaced with a new online service.

2. BBC Three has established a leading reputation for new UK comedy, current affairs and documentaries made for young adult audiences– our aim will be for these to continue online.

3. This proposal, if approved by the Trust, will save over £50 million a year. The reported service licence content spend for BBC Three in 2012/13 was £89.7m. However, without Olympics funding and after taking out DQF savings we project the service licence content spend of BBC Three in 2015/16 to be around £75m. The content costs we know we can save are over £50m, of which we are reinvesting £30m into drama on BBC One. The rest will go support our ambitions on the new iPlayer, including BBC Three online. BBC Three will be reinvented as a new online service.