BBC's Ten Pieces film launches in cinemas for 100,000 children across the country 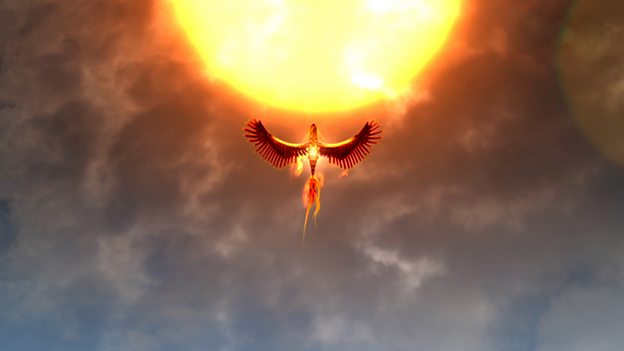 Ten Pieces is an exhilarating journey into the world of classical music. I hope that children really enjoy learning about the different pieces of music and it inspires them to be creative and come up with their own imaginative interpretations. I can't wait to hear some of them.Barney Harwood, Presenter, Blue Peter

Aimed at primary school children, the project led by BBC Learning and the BBC Performing Groups, will run over the course of an academic year, using ten pieces of music to open up the world of classical music to a generation of children. The aim is to inspire them to develop their own creative responses to the works, through composition, dance and digital art. From baroque to contemporary, the repertoire covers a wide range of styles and eras, and was unveiled at the BBC Music launch by Director General Tony Hall and Director of Music Bob Shennan in June 2015.

During the week of 6 October, there will be nation-wide screenings of an immersive new cinematic film introducing the ten pieces, played by the BBC National Orchestra of Wales. The film is the opening fanfare of the 10-month project, and has been made by BBC Music Television in association with the independent production company,Somethin' Else.

The repertoire is introduced by key BBC talent including Blue Peter’s Barney Harwood, Claudia Winkleman from Strictly Come Dancing and BBC Radio 2, Dev from BBC Radio 1, and CBBC’s Dick and Dom. Actors involved from BBC dramas include Dan Starkey from Wizards Vs Aliens and Doctor Who, Sarah Rayson and Leanne Dunstan from CBBC’s The Dumping Ground and Khalil Madovi from 4 O’Clock Club. Renowned music stars Katie B and Laura Mvula also introduce their own favourites among the Ten Pieces, in a magical mix of live action and animation directed by Oliver Symth.

Barney Harwood says: "Ten Pieces is an exhilarating journey into the world of classical music. I hope that children really enjoy learning about the different pieces of music and it inspires them to be creative and come up with their own imaginative interpretations. I can't wait to hear some of them."

The BBC National Orchestra of Wales, and members of BBC National Chorus of Wales, were filmed on location in an aircraft hangar outside Cardiff, with principal conductor, Thomas Søndergård. The orchestral sections of the film have been directed by acclaimed director Nick Wickham, whose previous work ranges from Beyonce in Las Vegas and Madonna in Buenos Aires to the National Theatre live production of the Curious Incident Of The Dog In The Night Time. Wickham gives each of the ten orchestral pieces a different mood using special lighting and dramatic effects.

The screenings will trigger a year of musical discovery for children. Between October and March 2015, children will be encouraged to use the Ten Pieces online resources to learn more about the repertoire and composers. They will then start to develop their own creative responses to the music, often working with some of the 200 music, dance and arts organisations that have signed up as champions for Ten Pieces in their communities.

The final phase of the project takes place between April and July 2015, with the BBC orchestras and the BBC Singers holding interactive celebratory concerts across the country, as well as nation-wide themed events run by many of the Ten Pieces Champions. The project will culminate in a major performance in the summer of 2015 showcasing both the original works and the children’s creative responses to them.

With more than 300 BBC-funded screenings, approximately 100,000 children will be viewing the film at cinemas during the week of 6 October. The film will then be made available as a free DVD for schools upon request (whilst stocks last). Any venue can apply to screen the 50-minute film, provided they don’t charge the public or the BBC.

A selection of BBC programming will celebrate Ten Pieces, with coverage spanning across the BBC’s multiple platforms, including radio, television and online outlets.

From 29 September for two weeks Katie Derham will appear on Ken Bruce (9.30am) to give the beginner's guide on each of the Ten Pieces.

Listen To The Band (11.30pm) will play brass band arrangements of the Ten Pieces on 9 October, with recordings including selections from Holst, Grieg and Stravinsky, with a guest appearance by Ten Pieces ambassador Alison Balsom.

The world’s longest-running orchestral music show, Friday Night Is Music Night (8pm), will also present a one-off programme highlighting the Ten Pieces project on 10 October. For this special show, Radio 2 has invited a family audience to the Mermaid Theatre in London to hear the 70-piece BBC Concert Orchestra perform the Ten Pieces. “Popmaster” Ken Bruce will be joined by special guests, who will be introducing each work.

Throughout weekdays from 29 September, the Radio 3 day will reflect Ten Pieces starting with Breakfast (6.30am-9am) who will play a piece a day and talk to both adults and children about their love of the work.

Presenters Rob Cowan and Sarah Walker are using their morning programme, Essential Classics (9am-12pm) to recommend key works related to the Ten Pieces over the course of two weeks from 30 September. The programme will also feature a week-long segmented interview with Ten Pieces Ambassador, Cerys Matthews from 6 October.

Afternoon On 3 will then be playing one of the pieces each day at the beginning of each programme, offering listeners the chance to hear the Ten Pieces in the context of their complete works. The programme is broadcast weekdays from 2.00pm.

From 29 September, drive-time programme In Tune (4.30pm-6.30pm) will broadcast a podcast series of daily features, Ten Pieces: Ten Facts presented by Ten Pieces Ambassador Suzy Klein, and on 9 October the programme will join together with the BBC Philharmonic and CBBC’s Blue Peter for their first ever joint live venture. This event will be broadcast live from the BBC Philharmonic Studio (in Salford) and sees 100 local children collaborate with the orchestra to celebrate Ten Pieces.

CD Review will also be featuring Holst’s The Planets suite in their 'Building a Library' section on 27 September. The musician and broadcaster David Owen Norris reveals from the dozens of available recordings which one you should buy for your collection.

In the weekly afternoon sequence, Saturday Classics (2pm-4pm), Ten Pieces Ambassadors, Laura Mvula, Alison Balsom and Catrin Finch, explore their musical passions as they each ‘guest-present’ an edition on Saturdays between 27 September and 11 October.

Blue Peter will be teaming up with the BBC Philharmonic and Radio 3’s In Tune to celebrate the launch of Ten Pieces on 9 October. Presenter Barney Harwood will be getting the Blue Peter audience inspired by classical music with a whistle-stop tour of the BBC Philharmonic Orchestra before introducing a live performance of Handel’s Zadok the Priest, featuring 100 local school children.

CBeebies will be scheduling a themed week of music programmes, including the pre-school series Melody, which features several of the Ten Pieces.

At the end of October, The Learning Zone will be broadcasting The House Of Sound – a primary series linking the ten pieces to the science of sound.

Also at the end of October, Zadok the Priest will be one of the highlights of this year’s The Big Sing on BBC One.

The Dumping Ground will feature one of the musical pieces – In The Hall of the Mountain King as part of a specially constructed story to promote Ten Pieces. The episode will be transmitted in Spring 2015

Along with the scheduled content for BBC TV and Radio, there will also be resources available online via the BBC Ten Pieces website to help foster creativity using classical music as a catalyst.

These include a selection of inspirational films that show audiences how to use music as inspiration for dance, songwriting, rapping and digital art, featuring the likes of Fazer from NDubz; CBBC’s Strange Hill High animator Ric Leeson; singer-songwriters Fiona Bevan and Kal Lavelle; beatboxer Jason Singh; and musician and composer Arun Ghosh.

There will also be audio clips of each of the Ten Pieces, short online videos with the celebrities from the film exploring each piece of music, cross-curricular ideas and teachers’ notes with background information on composers.

At the request of music education hubs and music services across the country, the BBC is providing arrangements of the majority of the pieces for beginners, grades 1-2 and 4-5. The aim is to encourage primary orchestras to play alongside secondary orchestras or local amateur orchestras. The BBC is also making available recordings of the BBC National Orchestra of Wales playing the grade 4-5 arrangements, so that schools will be able to experience playing along with professionals.

A special ‘how to’ film will be available of a primary school arrangement of the new Anna Meredith piece, ‘Connect it!’, which was commissioned specially for Ten Pieces, so that younger children can join in with the exciting new body percussion piece.

BBC Learning plays a central part in meeting the BBC's purpose of promoting education and learning. Utilising the power of the BBC’s big brands and key talent, the department puts learning right at the heart of the BBC and provides a variety of resources and learning opportunities for children, teachers, parents and adult learners. Working with partners and in local communities, BBC Learning aims to stimulate interests and encourage engagement through a variety of campaigns across all BBC genres and platforms.

The BBC Performing Groups - the BBC’s six performing groups each play a unique role in British cultural life, performing with many of the world’s leading conductors and soloists and reaching an audience of millions. What the BBC Symphony Orchestra, the BBC Scottish Symphony Orchestra, the BBC National Orchestra of Wales, the BBC Philharmonic, the BBC Concert Orchestra and the BBC Singers do individually is always impressive. What they achieve working together as a portfolio of BBC ensembles is extraordinary:

BBC Music is a new music strategy consisting of an ambitious wave of new programmes, innovative partnerships and groundbreaking music initiatives that amount to the BBC’s strongest commitment to music in 30 years. The strategy is designed to strengthen the BBC’s place as a world leader in music broadcasting and commissioning, and enhance the UK’s position as a world leader in music creation and performance. There are three core areas of activity of Emerging Talent (including Ten Pieces), Digital (developing BBC Playlister and curated collections on BBC iPlayer) and Landmark Programming – a renewed commitment to high-profile output, including BBC Music Awards on BBC One alongside more prime-time music on the country’s most popular TV channel.