BBC at the Quay promises something for everyone 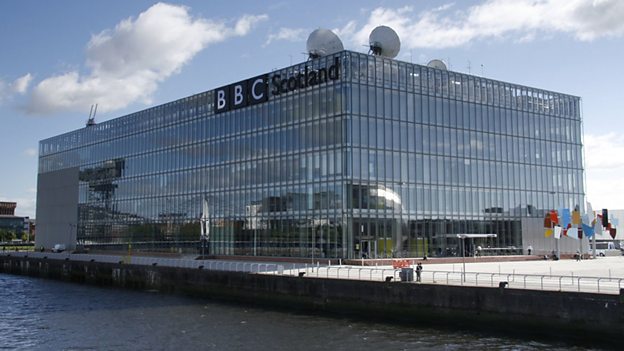 I'm delighted we have managed to bring so many of the big BBC brands to the Quay site. It will be an amazing 16 days of music, culture, sport and entertainment that will complement the fantastic sport that will be celebrated over the Commonwealth Games.Sharon Mair, BBC Project Executive, Commonwealth Games

Live performances from Texas, Simple Minds, Paloma Faith and The Overtones on BBC Radio 2; a Golden Ticket event with Still Game stars Ford Kiernan and Greg Hemphill; a gripping spectacle from international stunt bike rider Danny MacAskill; an appearance by Scottish Opera; and family events including a brand-new Sherlock game ensure there will be something for everyone at BBC at the Quay in Glasgow during the Commonwealth Games.

With over 70 BBC programmes and events over 16 days, live music every night and exclusive Golden Ticket events now confirmed to be at BBC at the Quay, the pop-up performance area at Pacific Quay will be a hive of cultural activity for all the family.

Tickets for the Quay, taking place between 19 July and 3 August, will be free and will start to become available from 30 May 2014.

The Quay will be made up of an Outdoor Stage, an enclosed stage called The Big Tent, BBC Learning and BBC Get Inspired Zones, a big screen showing all the sport, the Waverley – the world’s last seagoing paddle steamer, along with BBC hosted interactive area In the Zone, and refreshment areas.

Music will play a huge part at the Quay, bringing a cultural mix of musicians to Glasgow. The Red Hot Chilli Pipers will kick start the atmosphere at the Quay on the evening of the Opening Ceremony, along with a visit from the Scottish Opera. There will also be a live Radio 3 Jazz Line-Up on the first weekend at The Quay, where the special guest will be American funk and soul jazz saxophonist Maceo Parker, best known for his work with James Brown in the 1960s and more recently Prince.

Along with that, BBC Scotland will also be welcoming Texas, Simple Minds, Paloma Faith, Amy Macdonald and The Overtones when they guest on Ken Bruce’s Radio 2 shows, which will be coming live from Glasgow throughout the Games. There will also be two special audience shows with Ken Bruce in the Big Tent.

There will be exclusive Golden Ticket events, which will be held in the Big Tent for an audience of 400, many of which will be streamed online for the wider UK audience – with some also being heard live on BBC Radio Scotland. Still Game stars Ford Kiernan and Greg Hemphill will be one of the Golden Ticket events with further entertainment and sport personalities and musicians to be announced in the coming weeks.

Meanwhile, for the more daring visitors, internationally renowned stunt bike rider Danny MacAskill and his team will be defying gravity at the Quay with a UK premiere of their Drop and Roll Tour.

For drama fans, there will be an exclusive preview screening of River City with guests given the chance to meet cast members following a Q&A.

As previously announced, The One Show will be live at BBC at the Quay, on the outdoor stage on Monday 21 and Tuesday 22 July. Meanwhile, the opening ceremony itself will be shown on the big screen at the venue for visitors to the Quay on Wednesday 23 July. Radio 5 Live will also be joining in the fun on Opening Ceremony day with Fred MacAulay and Eleanor Oldroyd presenting the first unique collaboration with BBC Radio Scotland, in front of an audience.

Radio 1 and 1Xtra will be bringing several of their most popular shows. Radio 4’s Woman’s Hour will be hosting a special live show from the site with Today and 4 Extra’s 4 O’Clock Show with Mel Giedroyc also coming from the Quay during the 16 days. Radio 3 will also be joining in the fun at the Quay with programmes In Tune and World On 3.

The Asian Network will be bringing a DJ masterclass and an evening concert featuring Tigerstyle, a Scottish bhangra group, and Indian singer/songwriter Raghu Dixit, while BBC Alba will be hosting Cèilidh a’ Cho-Fhlaitheis (Commonwealth Ceilidh) for visitors to the Quay, which will also go out on Radio Nan Gaidheal and BBC Radio Scotland.

The World Service will be making the Quay globally available with two shows - the World Book Club, which will feature Scottish author Janice Galloway, and Commonwealth Class, which will be a live debate featuring young people from across the Commonwealth actually in attendance at the Quay.

Friday 25 July will be dedicated to comedy, kicking off with BBC Radio Scotland’s MacAulay and Co in the morning and finishing with live comedy acts and programmes in the evening.

The Quay will also be hosting many BBC Radio Scotland programmes during the run with live acoustic sessions from Iain Anderson’s show and live music every evening. Off The Ball, Take The Floor, a comedy special, and the Culture Studio will also come live from the venue, along with Celtic Connections in collaboration with Donald Shaw and an Americana music night with Steve Earle as a special guest performer. On Friday 1 August , MacAulay and Co will be the only programme to come live on board The Waverley, the world's last seagoing paddle steamer.

Along with live programming, BBC at the Quay will host many exciting events, with two from A Question Of Sport, one for the family and an evening event for over 18s. The first weekend will be entirely family led, with many children’s events taking place. BBC Radio Scotland’s Watson’s Wind Up will be back for a one-off Commonwealth Special. There will be many BBC Learning events at The Quay in the Learning Zone, including visitors being asked to Crack the Code in a brand new Sherlock game. There will also be a genealogy event for those interested in tracing their family tree. Meanwhile, Author’s Live will be welcoming leading children’s author and illustrator David Melling and the one and only Hugless Douglas to talk about his latest book.

Other special days include a Commonwealth food day and, on the day of the closing ceremony, the Quay will have an Australian theme in honour of the next Commonwealth Games location in Gold Coast City in 2018.

BBC at the Quay is part of the BBC’s year-long contribution to the Glasgow 2014 Commonwealth Games. The BBC is the domestic broadcaster for Glasgow 2014 and in addition to comprehensive sports coverage during The Games in July and August, the Corporation has also unveiled a wide-ranging package of on-air and off-air output and events throughout 2014.

All the latest news, regular updates and details of how to apply for tickets are available at bbc.co.uk/thequay