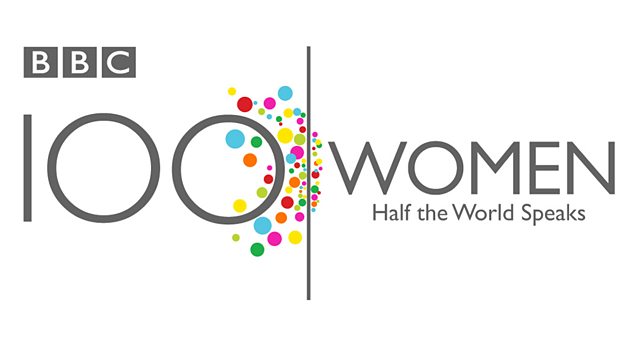 In October we will be celebrating 25 years of Newshour and I’m thrilled that we are kicking off the 100 women season with this stellar line up of women who will each bring their unique perspective and expertise to the program."Lucy Walker, Editor, BBC Newshour

Category: World Service
BBC World Service today announced that six of the world’s most prominent women will feature as guest editors of the award-winning current affairs program Newshour during the week of 14 October 2013, lending their unique expertise and insight to Newshour as part of the BBC’s special 100 Women season.

The BBC’s 100 Women season is a special month of reports in October on the BBC’s global news services on TV, Radio and online, which will seek to shine a light on life for women in the 21st century and the risks, challenges and opportunities they face around the world.

BBC World Service is delighted to be working with:

Monday 14 October, 1300 GMT - Host: Razia Iqbal
In this edition, Newshour will look at international efforts to stop elephant poaching in Africa and will be exploring what can be done to curb China’s centuries-old romantic attachment to ivory. The program will also feature African female entrepreneurs and ask what it takes to grow a business under challenging circumstances.

Tuesday 15 October, 1300 GMT - Host: Razia Iqbal
This program will look at changing American attitudes towards China, from the 1970s – when Yue-Sai launched a groundbreaking documentary that introduced China to a curious American public - to the present day, when learning Mandarin has become essential in many parts of the country. We will also ask the founder of China’s premier dating website about love, marriage and sexuality in 21st-century China.

Susan Wojcicki, Senior Vice President of Advertising at Google based in Silicon Valley

Wednesday 16 October, 1300 GMT - Host: Razia Iqbal
What will it take to get more girls interested in computer science? Fifteen years after Google was founded, Silicon Valley is a maturing industry, so why is the industry still so male-dominated? This program will also explore whether India’s hi-tech success story can serve as a model for America? Many Indian families want their children to gain a coveted spot at one of the country’s elite technology institutes, and put all their savings into expensive tutoring and exam preparation colleges. Is this a winning formula?

Thursday 17 October, 1300 GMT - Host: James Coomarasamy
France’s prison system has been strongly criticised for poor sanitation, overcrowding and the high number of suicides. This program will ask whether recent government efforts to improve the country’s jails are having any impact. This edition will also explore the life of little-known Polish wartime activist Irena Sendler, credited with saving the lives of thousands of Jewish children from the Warsaw Ghetto.

Friday 18 October, 1300 GMT – Host: Owen Bennett Jones
We’ll be hearing the remarkable personal story of a young Pakistani woman who has turned to Asma Jahangir for help because her family are determined to kill her. Asma Jahangir also takes us out and about in her home city of Lahore to explore the cultural role of Sufi music in today’s Pakistan.

Saturday 19 October, 1300 GMT – Host: Rebecca Kesby
In this programme, we’ll be exploring the role of female filmmakers during the Arab Spring, speaking to leading women directors from Yemen and Egypt.

Each of BBC Newshour’s guest editors - drawn from the worlds of philanthropy, business, technology, journalism, law and humanitarian work - has been working closely over the past month with the program’s editorial team to develop stories and interviews around the themes that are important to them. They will each be in charge of core components of a 60-minute edition of the program, which will be broadcast to international audiences on BBC World Service and also via the BBC’s public radio partners in the United States.

In addition to working closely with Newshour’s team of editors and producers to shape an edition of the show, each of the guest editors will be in conversation with a Newshour host about the themes they have chosen.

Lucy Walker, Editor BBC Newshour says: "In October we will be celebrating 25 years of Newshour and I’m thrilled that we are kicking off the 100 Women season with this stellar line-up of women who will each bring their unique perspective and expertise to the program. Newshour has a unique global news agenda and an audience which spans the world. It has been exciting to hand over our airways to some of the sharpest female minds of today in this collaboration."

Anchored from the BBC’s headquarters in central London, Newshour is BBC World Service’s award-winning international news and current-affairs program, broadcasting twice a day every day of the year, to audiences around the world. Now in its 25th year, the program delivers the latest breaking news, analysis and interviews, exploring the events shaping the world today. Follow the show on twitter via @bbcnewshour