The BBC announces its four-year World War One Centenary season 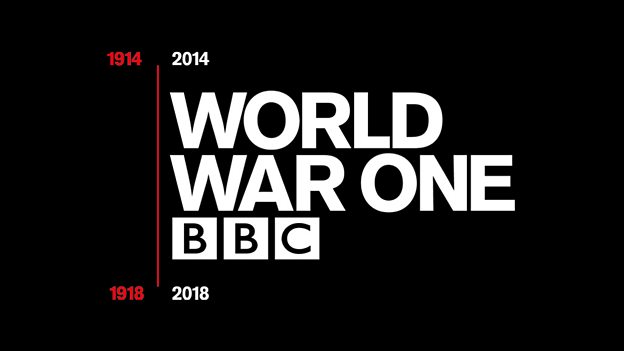 Featuring four years of programming and events spanning 2014-2018 – echoing the timeframe of the war – the World War One Centenary on the BBC will be unique in scale and breadth on BBC TV, Radio and Online and across international, national and local services.

The season will begin in early 2014 with Britain’s Great War (BBC One), presented by Jeremy Paxman. This four-part documentary series will explore how Britain and the lives of British people were changed by the conflict.

Making the announcement in the BBC’s historic Radio Theatre, Director-General Tony Hall said: “This season is going to have a profound impact on the way we think about World War One. On television, on radio and on digital, we’ll be exploring how this conflict, above all others, shaped our families, our communities, our world – and continues to influence us today.’’

Controller, World War One Centenary, Adrian Van Klaveren continued: "With over 130 specially commissioned programmes and around 2,500 hours of programming, the BBC will be shining a spotlight on the First World War across all of our services. What we offer over the coming four years will be much more than a chronological historical record. We are setting out to broaden people's understanding of the war and to commemorate and remember those who died. Through documentaries, drama, news coverage, children’s programmes and arts and performance, we will tell well-known stories from fresh perspectives and original stories so far untold.

“The bbc.co.uk/ww1 portal will bring together the BBC’s TV and Radio programming, news and features alongside exclusive, in-depth and interactive Online content. We want to provide audiences with a truly interactive and more personal story of the war, and introduce a range of digital formats and features that deepen understanding and challenge preconceptions. We are connecting content from across BBC Online, partner organisations and the wider internet, allowing audiences to explore the topics that matter to them and curating a lasting legacy for generations to come.”

On TV, radio and online – across national, local and international services – the BBC will bring together the finest collection of eminent historians and experts, who will reveal the complicated political alliances and astounding sequence of events that led to the First World War, while debating and interrogating just what the war meant then and what it means for us today.

Four programmes for BBC Two and one for Radio 4 examine the First World War and its legacy from very different points of view:

The sacrifices of men on the frontline and the hardships and heartaches of those on the Home Front will be central to the BBC’s programming. The compelling human side of war will be explored in dramas, documentaries and unique partnership projects that will unearth fascinating and poignant personal stories from across the UK.

The First World War shaped a generation of artists, composers and musicians and the enduring legacy of their work will be explored in a range of programmes across BBC Radio and TV.

As part of the breadth of programming across the BBC, BBC Learning will be producing a range of curriculum linked resources for schools, while BBC Children’s will offer a raft of special World War One-themed programming, including a 40-minute episode of Horrible Histories.

A full breakdown of all the current World War One programming and the showreel is available at bbc.co.uk/mediacentre/mediapacks/ww1. A PDF of the Media Pack is available from AT.

All programme titles subject to change.