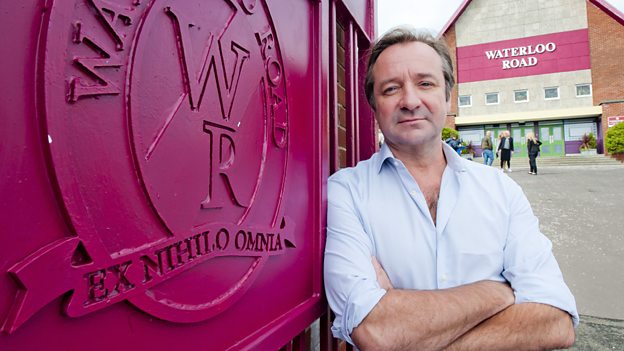 We’re absolutely thrilled to have such high-quality actors like Neil and Nicola on board."Brian Park, Executive Producer

Filming is now underway and they will appear in series 10, which is due for transmission next year.

Waterloo Road is made by Shed Productions (a Shed Media company) for the BBC through BBC Scotland. It is one of the UK’s most popular and longest-running TV dramas, with a continued influx of dynamic new characters, alongside established favourites. Series nine is currently showing on Thursdays at 8pm.

Brian Park, Executive Producer of Waterloo Road, says: “We’re absolutely thrilled to have such high-quality actors like Neil and Nicola on board. Neil is one of the country’s most recognised television acting talents and Nicola’s drama credentials speak for themselves. This new pairing are going to make quite an impact on the school when they arrive on screen. We know the viewers are going to love watching them in action.”

Christopher Aird, Head of Drama for BBC Scotland, adds: “We’re delighted to welcome Neil and Nicola to the wonderful Waterloo Road cast. They are both firm favourites in households across the UK, having played iconic characters in some of Britain's best-loved shows. We’re thrilled they’ll be making their mark on Waterloo Road next year.”

Neil Pearson says: “Waterloo Road has a long and successful history, an impressive list of alumni, and a highly talented and enthusiastic cast. All of which makes me very excited to be joining my new school.”