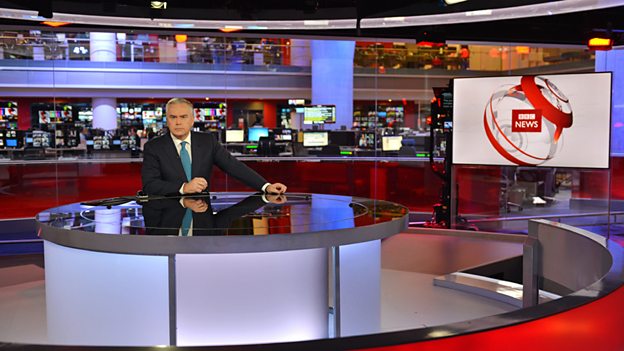 Our new newsroom is truly transforming the way we work. We know that audiences get their BBC news from various platforms ... and in the new Newsroom it will be easier to share our best journalism with all our audiences.”Mary Hockaday, Head of BBC Newsroom

Category: News
On Monday 18 March, the BBC’s television news services – the News at One, Six and Ten and the BBC News Channel – will begin broadcasting from brand new High Definition studios at the BBC’s New Broadcasting House in central London. The News at One will be the first programme to come live from the new newsroom studio.

The move marks the end of the migration of BBC News and Current Affairs staff from Television Centre to the BBC’s new central London headquarters, which offers journalists a purpose-built newsroom, studios and operating systems fit for the digital era.

Over the past few months, the BBC’s international and domestic newsgathering teams have come together under one roof at Broadcasting House, where they sit alongside colleagues who handle the essential live and breaking news content as it comes in and alongside the television, radio and online production teams.

The move is an integral part of the BBC’s commitment to 'One BBC News', ensuring that collaboration between the international, national and regional news teams is at the heart of the BBC News operation. The newsroom at Broadcasting House provides a unique opportunity to deliver on this commitment and to save money while strengthening the quality of the BBC’s news output.

Mary Hockaday, Head of the BBC Newsroom, says: “Our new newsroom is truly transforming the way we work. We know that audiences get their BBC news from various platforms - radio, television and digital - from connected televisions to PCs, mobiles and tablets, and in the new Newsroom it will be easier to share our best journalism with all our audiences.”

Studio E, the new HD television news studio, which will be used for both the News at One, Six and Ten and the BBC News Channel, looks out onto New Broadcasting House’s fully operational newsroom, offering audiences a live view of BBC News journalists at work.

From Monday, viewers will notice other subtle changes across the BBC’s news programmes, which will carry refreshed captions and graphics. Yet the overall BBC News brand that viewers have come to recognise and love will not be changing.

On the BBC News Channel, there will also be changes to the presenter schedule, including Jane Hill and Matthew Amroliwala moving to the weekday afternoon slot. Clive Myrie and Martine Croxall will present alternate late evening slots, which will also include The Papers, a new twice-nightly programme featuring expert guests looking ahead to the next day’s papers.

At weekends on the BBC News Channel, there will also be a new look for The Film Review with Mark Kermode and an expanded run for international current affairs strand Our World.