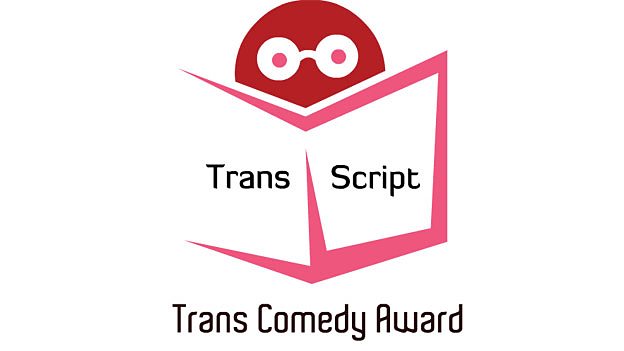 Category: Entertainment
BBC Writersroom have announced Tom Glover and Elliott Kerrigan as the two recipients of the Trans Comedy Award: a talent search to encourage writers to promote a positive portrayal of Transgender people in mainstream comedy.

Launched at the Creative Diversity Network Awards in November 2012 in partnership with Trans Comedy, the Trans Comedy Award looked for original television comedy sitcoms, comedy dramas or sketch shows featuring transgender characters and/or themes. The Award offers the selected writers the opportunity to develop their script with BBC Comedy Execs.

The winning writers and scripts have been announced today as:

﻿Tom Glover said: "I was really thrilled to discover I was one of the winners of the Trans Comedy Award. Often writing can feel like a self-indulgent activity, but as I wrote this piece, I became increasingly convinced that it could do some real good in challenging prejudices through humour. It would be fair to say that I originally viewed the concept with some suspicion, but as I began to think about how the Trans community have been represented, or ignored within the media, I realised that this was a chance to do something ground-breaking and worthwhile.

"This is only the start of a journey, and I am looking forward to the prospect of exploring a whole new world and meeting a range of interesting, vibrant and strong characters from the Trans community to further inspire my work."

'Love' is a comedy drama about two people who fall in love: Leo, a 22 year old who has just lost his job, and Judy, a woman in her forties who, as she tells Leo on their first date, was 'born with a penis.'

﻿Elliott Kerrigan said: "I saw the Trans Comedy Award on the Writersroom website and I know how important it is to see your life shown on TV in a positive and progressive way. A TV show like 'Will And Grace' meant and still means a lot to me. I could watch it with any member of my family and not feel awkward or like I wanted to watch it by myself in my room. We would never laugh at Will or Jack. We would laugh with them. That's the kind of show I wanted to write.

"I normally slave over the ideas, the comedy, the dialogue. But this time it felt like the characters were coming anyway, and I just had to type it up. And, for me, this became a pleasure and an adventure and I fell in love with them."

The selected scripts will be developed further by the BBC in association with Jon Plowman and Sophie Clarke-Jervoise, towards a staged reading to be held by BBC Writersroom later in the year.

The BBC has a long-standing commitment to representing the audience it serves both through the diversity of its workforce and in the programmes it broadcasts. The Trans Comedy Award opens up an opportunity for the transgender community and members of the general public to portray transgender characters and the lives and experiences of transgender people in an affirming manner.

﻿Sophie Clarke-Jervoise said: "I’m very pleased to be involved in Trans Comedy Awards.  The standard of the shortlisted scripts we read was very high indeed and the process of getting down to two final scripts wasn’t easy.  The two we’ve chosen are excellent – in both cases there’s a real truth and warmth to the characters, and we feel they have real potential to be successful BBC comedy series.  I’m really looking forward to working with the writers and bringing their scripts to life."

﻿Jon Plowman said: "The standard of scripts we read for the Trans Comedy Award was gratifyingly high. You expect people to say that about competition entries but in this case I came to the process with the worries that writing about something so out of the norm and so personal might well get in the way of the comedy. I was wrong. Well done to everyone who wrote and especially to the selected writers whose work we’ll try to take further towards television success."

﻿Kate Rowland said: "This has been a fantastic partnership with Trans Comedy. We are genuinely excited by the scripts we received and we look forward to working with Tom and Elliott. We would also like to commend Michael Lee Richardson (‘Real Life Experience’) and Linda Naughton (‘Twinkle’) for offering a different perspective and creating fresh comedy characters.

﻿Claire Parker & Milanka Brooks from Trans Comedy said: ﻿"The Trans Comedy Award demonstrates that partnerships in telling different stories have a real power and a real credibility. It makes perfect sense for the media to work with the Trans community in establishing a real and respectful narrative. We are amazed and encouraged by the number of great scripts and congratulate Tom and Elliott on winning the award with ‘Nobody’s Perfect’ and ‘Love’."

BBC Writersroom champions new writing talent in film, television, radio, and theatre. Recent successes include Welsh writer Debbie Moon's CBBC hit series WolfBlood and the new BBC Three drama In The Flesh by Dominic Mitchell, both of which have been recommissioned.

They run schemes targeting talent from a range of sources and work in partnerships with theatres, writer's organisations, screen agencies, and the wider cultural industries. BBC Writersroom helps new writers develop their craft through professional training, the website and in open sessions around the country with the UK's best writing talent.

Tom Glover trained in Playwriting at Birmingham University. As a playwright, he has recently had worked performed at the Mill Studio Theatre, Guildford, The Bike Shed Theatre, Exeter, Gilded Balloon, Ediburgh, amongst others. He has also a written a number of short stories which have been read at literary events and festival in the South East.

'Love' is Elliott Kerrigan’s third script. His first script, 'Northburn', was one of the winning scripts at the Writersroom Laughing Stock competition in 2011. His second script, '50 Words For Pete' was developed with Lime Pictures and sent to the BBC, Sky and Comedy Central.