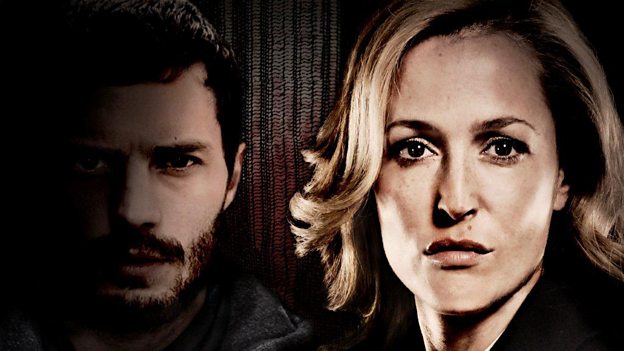 The Fall has proved both a critical and ratings hit for BBC Two and another reminder of the resurgence of drama on the channel."Ben Stephenson, Controller, BBC Drama

Category: BBC Two; Drama
The Fall has been recommissioned for a second series. Currently airing on Monday nights, The Fall became BBC Two’s biggest drama series to launch in eight years with an average audience of 3.5 million and 15.4% share.

Ben Stephenson, Controller, BBC Drama, says: "The Fall has proved both a critical and ratings hit for BBC Two and another reminder of the resurgence of drama on the channel. With more of Allan Cubitt's intricate and thrilling plot revelations yet to unfold through the captivating performances of Gillian and Jamie, a second series is a must. Obviously we can't give too much away as the first series builds to a gripping cliff-hanger but what we can say is it will be surprising and intense as the first."

Writer and creator, Allan Cubitt, says: “The BBC has been an incredibly supportive partner in this project and working with BBC Northern Ireland and the Artists Studio has been the best experience of my career to date. I always envisioned The Fall as a returning series and wish to congratulate both Gillian Anderson and Jamie Dornan who have played their parts to perfection.”

Gub Neal, Producer, Artists Studio, says: “We are thrilled with the success of The Fall and the recognition of the remarkable work of Allan Cubitt, our wonderful cast, Jakob's original direction and the sterling work done by the production team in Northern Ireland too. The BBC's recommission of The Fall fully underpins Artists Studio's commitment to put the writer at the heart of the creative process - and the success of the show is testimony that it really works.”

In the third instalment of five, Gibson (Anderson) has taken full control of the hunt for the serial killer striking against women in Belfast. Meanwhile, the realisation that his perfect kill is tainted pushes Spector (Dornan) into looking for his next victim.

The series was commissioned by Janice Hadlow, Controller, BBC Two and Ben Stephenson, Controller of Drama Commissioning, and is executive produced by Stephen Wright through BBC Northern Ireland.

The final episode of series one will air on the 10th of June on BBC Two at 9pm.