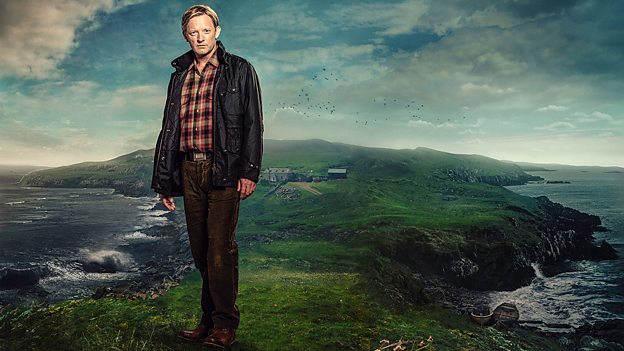 I loved the first series of Shetland and I’m delighted to be joining Dougie and the rest of the cast as a new returning character. It’ll also be lovely to be back filming in Scotland and visiting Shetland."Julie Graham

Category: BBC One; Drama
Brian Cox and Julie Graham have joined the cast of BBC One’s powerful murder-mystery drama Shetland for the second series, currently filming in Scotland, in collaboration with BBC Scotland and produced by ITV Studios.

Made by ITV Studios and based on the novels by Ann Cleeves, the second series of Shetland will focus on the three remaining stories from Ann’s Shetland quartet – Raven Black, Blue Lightning and Dead Water – told as three two-part (2x60-minute) episodes.

Starring in the first two-parter adapted from the Raven Black story, Cox plays Magnus Bain, a solitary man and social outsider who finds himself the focus of a murder investigation.

Julie Graham plays procurator fiscal Rhona Kelly – a new returning character who will make her mark in the first and third stories of the series.

Julie Graham is looking forward to her new role in the drama: “Rhona is a woman who commands attention so it’s a joy to play such a strong female character. I loved the first series of Shetland and I’m delighted to be joining Dougie and the rest of the cast as a new returning character. It’ll also be lovely to be back filming in Scotland and visiting Shetland.”

Elaine Collins, Executive Producer, ITV Studios, says: “I'm delighted to be working with the BBC again on this first six-part series of Shetland, and thrilled that Brian Cox and Julie Graham are joining our wonderful central cast led by Douglas Henshall. We have an extremely strong line-up of writers and directors this year and are all looking forward to returning to the compelling and unique landscape of Shetland.”

Christopher Aird, Head of Drama for BBC Scotland and Executive Producer, adds: “This first six-part series of Shetland will build on the huge success of the pilot. Douglas Henshall’s Perez is our charismatic guide to this unique world of compelling mysteries and fascinating character stories, all told under the brooding skies of the islands. We have some wonderful writers and directors working on the show and I am thrilled the likes of Brian Cox and Julie Graham will be joining the cast this year.”

The second series of Shetland is executive produced by Christopher Aird for the BBC and Elaine Collins for ITV Studios. It is produced by Peter Gallagher (Single Father, The 39 Steps, Sweet Sixteen) and directed by John McKay, episodes 1 & 2 (We’ll Take Manhattan, Not Another Happy Ending, Life On Mars); Stewart Svaasand, episodes 3 & 4 (The Dumping Ground, Wolfblood); and David Moore, episodes 5 & 6 (Merlin, Marple, Monroe).