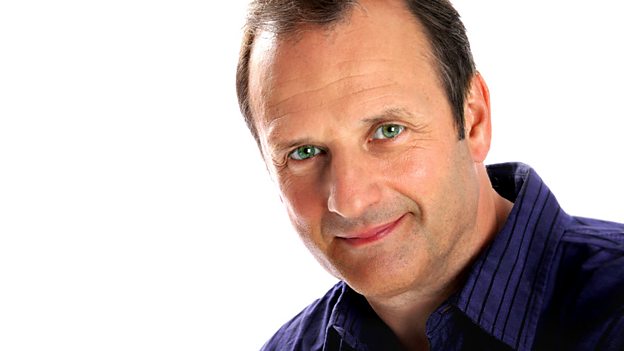 Radio 2’s dedication to specialist music is one of the things that makes it stand out from other stations. We have long championed a wide range of genres and this enriched programming will increase the impact of specialist music on the station, bring it to a wider audience and embed it within the heart of the schedule."Bob Shennan , Controller, Radio 2 and 6 Music

Category: Radio 2
BBC Radio 2 today announces ambitious plans to enhance its specialist music programming with a raft of content across the year which complements the weekly shows including folk, jazz, country and blues.

Controller of Radio 2 and 6 Music, Bob Shennan said, “Radio 2’s dedication to specialist music is one of the things that makes it stand out from other stations. We have long championed a wide range of genres and this enriched programming will increase the impact of specialist music on the station, bring it to a wider audience and embed it within the heart of the schedule.”

Kicking off the year is Radio 2’s month-long celebration of folk music in the run up to the annual Folk Awards on the 30 January. The weekly Folk Show, which started the year with new presenter Mark Radcliffe on the 2 January, features live performances from stars of the genre each week throughout the month.

In the first episode, Mark was joined live in the studio by the 11-piece folk phenomenon Bellowhead, who performed tracks from their latest album. Subsequent shows feature sessions with Scottish singer Karine Polwart, an exclusive electric set from the acclaimed songwriter Chris Wood and legendary folk-rock pioneers Fairport Convention. Other names lined up for future programmes include Richard Thompson, Heidi Talbot and Jefferson Hamer. Live session tracks from the Folk Show are featuring throughout the daytime shows, bringing folk to a new range of listeners in the mainstream schedule.

On the day of the Folk Awards ceremony, Simon Mayo will present an extended version of his show live from the Celtic Connections festival at the Glasgow Royal Concert Hall. He will be joined by special guests, showcase live music from some of the award nominees and bring a flavour of what the night has in store. The event, hosted by Radcliffe and Scottish singer Julie Fowlis, will then be broadcast live on Radio 2 and screened on the Red Button. Other related programming includes a one-hour documentary on Gerry Rafferty with an accompanying concert.

In May, jazz music gets the specialist music VIP treatment as Radio 2 broadcasts live from the Cheltenham Jazz Festival. The station’s longest-running heritage music show, Friday Night iI Music Night, will host a tribute to Georgie Fame. In addition, Jamie Cullum’s weekly programme will reflect the festival in a special show. Other jazz-focused programmes to be broadcast on the station in 2013 include Jazz At The Movies in which Jamie looks at the different roles jazz has taken within film and how the two mediums have complemented one another; whilst Remembering Humph commemorates the playing, the unrivalled jazz knowledge, the wit, and the vibrant personality that made Humphrey Lyttelton a household name and a broadcasting legend.

Throughout the year, a variety of other genres will also be showcased on the network with enhanced content from major festivals and coverage from top awards ceremonies. In March, Radio 2 will broadcast two special episodes of Bob Harris Country, with live music and interviews reflecting highlights from C2C: Country to Country - a two-day music festival in the UK, featuring some of the biggest stars of country music including Carrie Underwood, Tim McGraw and Vince Gill.

Country music will also be celebrated by the world famous Country Music Awards and additional related programming includes Cerys Matthews And The Women Of Country, fronted by Radio 2 and Radio 6 Music presenter Cerys Matthews. The series sees her making a personal pilgrimage back to Nashville, where she lived for some years, to examine the country music industry from a woman’s perspective.

Also during the year, and as part of a wider celebration of blues music on Radio 2, King Biscuit Time Blues take the audience inside radio station KFFA in Helen, Arkansas - home of the longest-running daily radio programme in the world, King Biscuit Time, a daily-half hour show dedicated to the blues.

In addition, the network will continue to support emerging specialist talent as part of its search for both the best young chorister and brass musicians. The Young Brass Musician of the Year final takes place on the 27 January at the Royal Northern College of Music in Manchester as part of their Festival of Brass.

2Day – Radio 2’s annual event in which it turns its schedules on its head for a day to showcase the broad range of music on offer throughout the week - will return even bigger and better. Other musical genres with regular shows on Radio 2 include organ music, dance, musicals, soul, orchestral and big band.