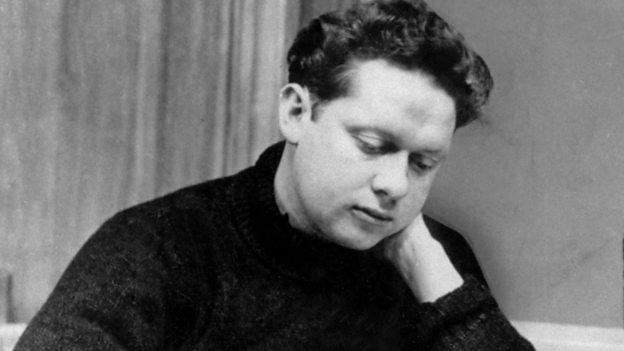 It's been such a privilege and a pleasure to work on this film; Dylan Thomas was a huge inspiration to me as I was growing up in a very similar environment to his in South Wales."Andrew Davies, writer

Set in New York and Laugharne, the drama will explore how Dylan Thomas, the creator of some of the most memorable lines in the English language, died in a smog-ridden New York on a November day in 1953, aged 39.

Made by Modern TV for the BBC and written by Andrew Davies (Quirke, South Riding, Little Dorrit), A Poet In New York begins when Dylan arrives in the city on his fourth and fatal visit to rehearse, write and party. One of the most famous poets in the world by the early 1950s, Dylan's popular and electrifying tours had also made him a much loved celebrity in America.

He was on his way to Hollywood to write an opera with Stravinsky. But, before he headed west, he had to earn enough to fund the trip by fulfilling a commitment to take part in a production of the recently completed Under Milk Wood at the prestigious Poetry Centre in Manhattan. What might have been a triumphant new departure in his career and life turned instead into a requiem for a man whose life had spiralled out of control.

A Poet In New York, directed by Aisling Walsh (Room At The Top, Loving Miss Hatto), will explore how Dylan's past made his present virtually untenable and the part that he played in his own demise.

Writer, Andrew Davies says: “It's been such a privilege and a pleasure to work on this film; Dylan Thomas was a huge inspiration to me as I was growing up in a very similar environment to his in South Wales. Although the script centres on his last days in New York, and the circumstances of his tragically early death, I want above all to celebrate his extraordinary, charismatic personality, his unforgettable poetry, and his passionate and stormy relationship with his wife Caitlin.”

A Poet In New York is co-commissioned by Janice Hadlow, Controller BBC Two, Ben Stephenson, Controller BBC Drama and Commissioning, Adrian Davies, Head of Programmes Wales, and Faith Penhale, Head of Drama BBC Cymru Wales. It is made by Modern TV for the BBC.

Griff Rhys Jones, Executive Producer, Modern TV, says: “Modern Television are delighted to have developed this project with the BBC. Andrew Davies has written a moving, exciting and sensitive script about the tragic end of a huge figure. It does full justice to Dylan and his legacy. In Ruth Caleb and Aisling Walsh we have the experience and expertise to produce what we hope will be a memorable drama.”

Faith Penhale adds: “Dylan Thomas was one of the greatest poets of the 20th century and this drama is a bold celebration of his extraordinary life, his unique talent and his tragic death at just 39 years old. Andrew Davies’ script is full of humanity and captures Dylan’s spirit brilliantly. We’re also lucky to have such a passionate team from Modern TV, including executive producer Griff Rhys Jones and veteran drama producer Ruth Caleb, working to bring the drama to life.”

Casting is still to be confirmed, filming will commence in late summer in Cardiff and Laugharne and will transmit on BBC One Wales and BBC Two next year.