Only Connect moves to BBC Two 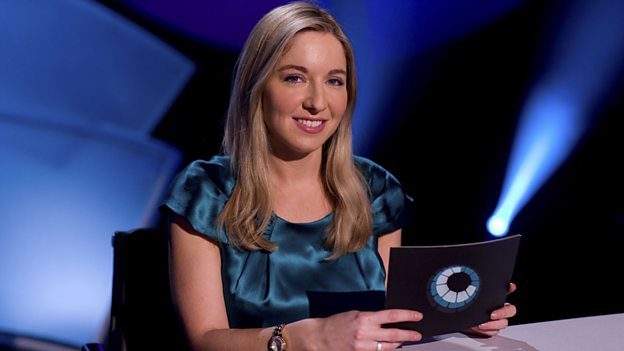 I and the rest of the Only Connect team are hugely excited about our Icarus-like flight towards the sun of mainstream broadcasting. If our wings start melting, I'll just flap harder."Victoria Coren Mitchell

Category: BBC Two; BBC Four
Only Connect, the hugely popular BBC Four quiz show in which teams compete to find connections between seemingly unrelated clues is to move to BBC Two in 2014.

﻿Hosted by Victoria Coren Mitchell and currently in its seventh series, Only Connect has also had 14 celebrity specials since it began in September 2008. BBC Four will host a further series in the spring of 2014 before the move.﻿

Janice Hadlow, Controller of BBC Two and BBC Four, says: “BBC Four has a proud tradition of growing successful shows and I'm delighted Only Connect is making the move to BBC Two where I hope it will connect with an even broader audience."

Victoria Coren Mitchell says: "I and the rest of the Only Connect team are hugely excited about our Icarus-like flight towards the sun of mainstream broadcasting. If our wings start melting, I'll just flap harder."

Alan Tyler, the BBC’s commissioning executive says: “Victoria and the Only Connect team have set the gold standard in quizzes. We are all really looking forward to seeing the show in its new home, whilst the hunt is already underway for a successor on BBC Four.”

Only Connect is a Parasol production, series produced by Jenny Hawker. Executive producers are Chris Stuart and Mark Hill. The executive producer for the BBC is Alan Tyler, Executive Editor Entertainment Commissioning. The show regularly attracts over 1m viewers, making it one of the most viewed programmes on BBC Four. In the latest run it also achieved its best ever audience to an individual episode with 1.2m/5.0 per cent (29 July 2013). A final series will air on BBC Four in the spring before the move to BBC Two.

BBC Four has tendered for a replacement show and following short-listing is currently seeing run-throughs of three contenders: The Knowledge from BBC In-House entertainment, Enigma from RDF-Parasol, the company behind Only Connect, and Eliminate The Impossible from Victory Television.