Mock The Week is back in full close-up HD glory 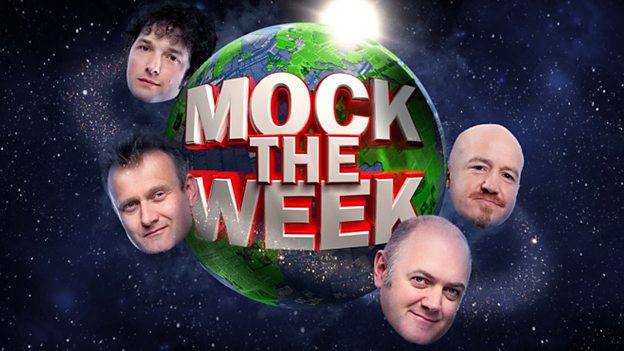 2013 is going to be an amazing summer [...] So, to be honest, I don’t think we’re going to be able to spend much time working on Mock The Week, but I’m sure it’ll be fine.” An excited show producer

Category: BBC Two HD; Entertainment
2013 is clearly shaping up to be a momentous year: its winds of change have already stormed through British politics, the Vatican and Manchester United and, as it prepares to return for a 12th series, not even BBC Two’s topical mainstay Mock The Week is immune to the relentless march of progress.

For six episodes, Dara O Briain, Chris Addison, Hugh Dennis and Andy Parsons will once again be celebrating each week’s news with all the enthusiasm of John Terry in a pristine Chelsea kit. However, this year, for the very first time, they’ll be doing it all in HD, meaning viewers at home can finally enjoy those longed-for close up views of the performers, revel in sharper ‘Newsreel’ footage and relax in the knowledge there won’t be a single ‘Scene We’d Like To See’ we won’t be able to see.

Also fresh for this season, there’s going to be a change of studio, with a switch from BBC Television Centre in leafy Shepherd’s Bush to the star-studded London Studios on the capital’s fashionable South Bank. “Plus ca change,” as Nigel Farage might say, because while the venue and the technology are different, the high quality of guests won’t be: Milton Jones, Ed Byrne, Miles Jupp, Katherine Ryan, Chris Ramsey and Josh Widdicombe are just six of the names lined up to appear alongside the usual mix of up and coming names from the stand up circuit.

There’ll be the traditional array of hilarious games, running jokes and topical barbs to ensure that Mock The Week will be as much a part of the summer of ‘13 as that annoyingly catchy song by Daft Punk and people saying “I miss the Olympics.”

An excited show producer said: “2013 is going to be an amazing summer: there’ll be a royal baby to celebrate, sunny weather to enjoy, loads of brilliant new films to watch, as well as Wimbledon, an Ashes series and a Lions tour to digest. So, to be honest, I don’t think we’re going to be able to spend much time working on Mock The Week, but I’m sure it’ll be fine.”

Mock The Week was created by Dan Patterson and Mark Leveson, the creative force behind the iconic improv-based show Whose Line Is It Anyway? which ran for 10 years on British TV before successfully transferring to the United States. Pinki Chambers is the Executive Editor for the BBC. It is produced for the BBC by independent production company Angst Productions.