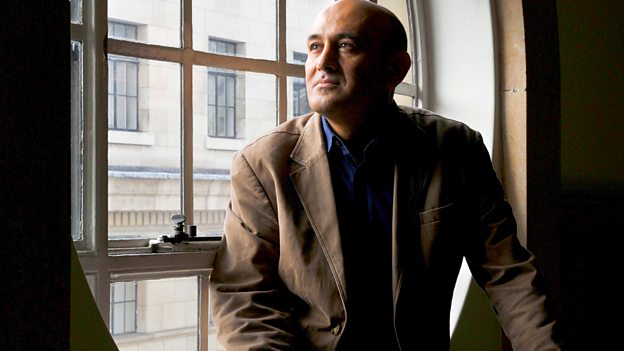 This is the sort of television I just love making – epic science full of mind-boggling concepts about the nature of our universe, all mixed in with wonderful stories about some of the unsung heroes of science."Professor Jim Al-Khalili

Category: BBC Four; Factual
Produced in partnership with The Open University, BBC Four’s new 2x60-minute series, Light And Dark, will explore how scientists have uncovered the secrets of our universe by using and manipulating light.

Presented by Professor Jim Al-Khalili, the series will reveal how light was used to make spectacular discoveries about our place in the cosmos. But he'll also show that the universe visible to the human eye is only a fraction of the vast amount of matter and energy that exists: our best estimate is that more than 99% of the universe is hidden in the dark.

The first episode will take viewers on a journey of discovery, from the realisation, over 2000 years ago, that light travels in straight lines, through to Galileo’s invention of the telescope, which redefined our position in the cosmos, right up to the present day, when analysis of the oldest light in the universe is still revealing the secrets of the birth of time.

The second episode will delve into the mysteries of the dark and reveal just how little we can really know about our universe. It explains the strange discovery of dark matter - the glue that holds the universe together. And it explores the even stranger dark energy, a mysterious force that is thought to make up 73% of our universe, and will ultimately drive it apart.

Professor Jim Al-Khalili said: “This is the sort of television I just love making – epic science full of mind-boggling concepts about the nature of our universe, all mixed in with wonderful stories about some of the unsung heroes of science. Watching these films will give you a high and make you feel clever... in a really good way.”

Kim Shillinglaw, Head of Commissioning, Science and Natural History, said: "Jim Al-Khalili is one of the most distinctive voices in science communication today. This is a characteristically intriguing series from him about a great scientific journey into understanding our universe. We are delighted to have it as part of the range of science programming we broadcast across BBC Four, BBC Two and BBC One.”

Light And Dark was commissioned by Kim Shillinglaw. The commissioning executive is Marcus Herbert. Jonathan Renouf is the executive producer and Stephen Cooter is the producer.

To continue the learning journey with The Open University, visit bbc.co.uk/lightanddark and follow the links to the OU website. Please note: this URL may not be live until the day of transmission, and may only contain minimum content and resources if viewed prior to broadcast.