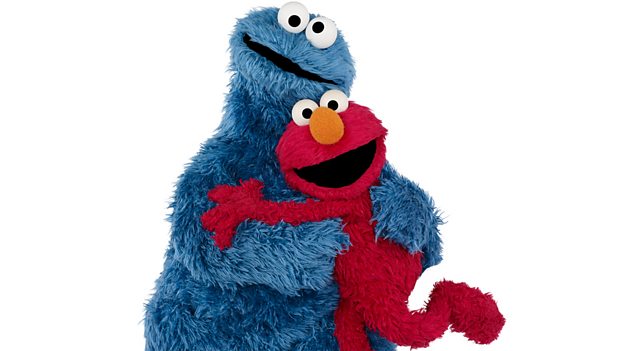 The development of The Furchester has been a wonderful meeting of creative minds from both CBeebies In-House Production and Sesame Workshop. I am delighted to commission this unique show for the CBeebies audience."Kay Benbow, Controller of CBeebies

Category: CBeebies
Two of the world’s leading children’s brands, CBeebies and Sesame Workshop, are joining forces for the first time as the Sesame Street Muppets pack their bags for an extended stay at The Furchester.

Sesame Workshop, the nonprofit educational organisation behind Sesame Street, and CBeebies, the BBC's pre-school children's channel, will co-produce a new children's show, The Furchester. Set to debut on CBeebies in autumn 2014, The Furchester is about a close-knit family of cheerfully incompetent monsters who own and operate an 'almost' world-class hotel. Starring Elmo and Cookie Monster, the show will be filmed at CBeebies' new home in MediaCityUK in Salford.

“This partnership brings together two dynamic, enduring brands in children’s media and we are confident that The Furchester will prove to be a great favourite with children and their parents and caregivers,” says H Melvin Ming, President and CEO, Sesame Workshop.

Controller of CBeebies, Kay Benbow, says: "The development of The Furchester has been a wonderful meeting of creative minds from both CBeebies In-House Production and Sesame Workshop. I am delighted to commission this unique show for the CBeebies audience."

The Furchester aims to promote and build creative problem-solving skills for its young viewers. As the Furchester family scrambles to meet the needs of its guests, the monsters will use some exceptionally fuzzy thinking to devise solutions. Some of the solutions even work! The daily mishaps and mix-ups at The Furchester will provide many opportunities for our young characters to model ways in which pre-schoolers’ natural curiosity and creativity can be harnessed to collaborate and solve problems.

The proprietors of The Furchester are Funella Furchester, the welcoming monster owner, her dear and beleaguered husband, Furgus Fuzz, and their daughter, the unflappable Phoebe Furchester-Fuzz. The family will bend over backwards and forwards and sideways (only occasionally tipping over) to be sure the needs of every guest are met.

Some helpful staffers include: Elmo, Phoebe’s cousin who is on an extended visit and fascinated by all the hotel has to offer—lift buttons to push, phones to be answered, and new friends to make; Cookie Monster, who has landed his dream job as room service and dining-room waiter; and Isabel, a furry creature with a bell on top—guests won’t get any attention until they ring her, but they have to catch her first! Animals, vegetables and minerals flock to this hub of hospitality.

CBeebies is dedicated to delighting and surprising its pre-school audience and it remains the UK’s most watched and most loved channel for the under-sixes. Just under half of the target audience tune in every week (parents and carers with children aged 0-3 and four-to-six-year-olds in digital homes) and our reach is over double that of our nearest competitor. Our most popular shows include In The Night Garden, Something Special, Octonauts, Justin’s House, Mr Bloom’s Nursery and Tree Fu Tom, together with new shows Swashbuckle and Old Jack’s Boat. The CBeebies website is hugely popular with our young audience and their parents and helps extend the ‘learning through play’ philosophy. This summer, we also launched our first app – Cbeebies Playtime. CBeebies was Freesat’s Channel of the Year 2012 and was previously crowned BAFTA’s Children’s Channel of the Year in 2010 and 2011.

Sesame Workshop is the nonprofit educational organization behind Sesame Street, the landmark television program that reaches millions of children every day in more than 150 countries. The Workshop’s mission is to use the educational power of media to help children everywhere reach their highest potential. Delivered through a variety of platforms, Sesame Workshop develops research-based content – including television programs, books, games, mobile apps and community engagement initiatives – that supports early childhood learning, helps prepare children for school, and addresses developmental needs. The Workshop’s programs are tailored to the needs of specific regions and focus on topics that help young children and families develop critical skills for lifelong learning. For more information, visit at sesameworkshop.org.