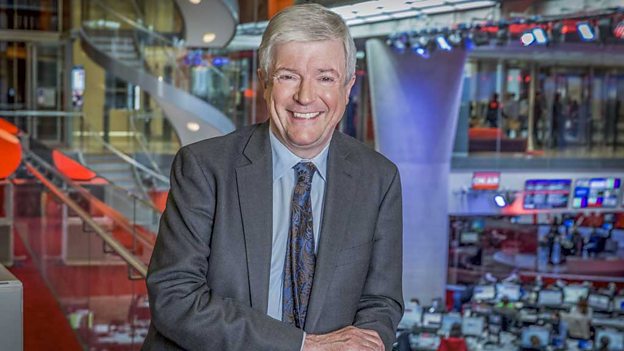 As we head towards our centenary in 2022 I want us to be much more confident about the mission Lord Reith gave us a hundred years before. Still confidently informing, educating and entertaining, but in a much more personalised way."Tony Hall, BBC Director-General

Category: BBC One; BBC Two; BBC Three; BBC Four; BBC iPlayer; Radio; Corporate; Learning; Online and interactive; News; Sport; BBC Worldwide
BBC Director-General Tony Hall outlined his vision for the future of the BBC today. In his first major speech since returning to the Corporation in April, Hall said he will create a BBC that is more simply run, with a renewed commitment to producing world-class programming.

And now, with the advent of the next generation of BBC iPlayer, programmes and services will be delivered to audiences in a much more personalised way.

Director-General Tony Hall said: "As we head towards our centenary in 2022 I want us to be much more confident about the mission Lord Reith gave us a hundred years before. Still confidently informing, educating and entertaining, but in a much more personalised way. I want a BBC that everyone can be proud of, whose best days lie ahead of it.”

Speaking of the more bespoke service the BBC will offer, Hall added: "I want the BBC of the future to have a much closer relationship with audiences.  We should be treating them like owners, not just as licence-fee payers. People should not be saying ‘the BBC’, but ‘my BBC’, ‘our BBC.’

“Our audiences demand to be involved and expect to participate. In the future they will talk to us and we will listen.”

In a speech delivered in the Radio Theatre of BBC Broadcasting House, Hall unveiled a series of announcements that illustrate this vision. These include:

The next generation BBC iPlayer

Featuring new functionality that will allow a more bespoke experience for every user. There will be a 30-day catch-up window, iPlayer-only curated content and channels, and the chance for users to be the scheduler by accessing content before broadcast at times that suit them.

A new service which will offer people in the UK the chance to buy, watch, and keep a selection of BBC programmes.

An extra 20 per cent investment into arts programming which will include a major new strand - ‘BBC Arts at…’ - that will showcase live performances from around the country. It will also relaunch The Space – the BBC’s partnership with Arts Council England.

A selection of carefully chosen packages featuring highlights from Radio 3, Radio 4 and The World Service.  These vignettes will unlock the treasures of amazing radio from its various schedules, offering personalised collections of content.

Marking the 400th anniversary of Shakespeare’s death in 2016, the BBC will fully digitise its Shakespeare archive, making it available for free to those in education and learning in the UK where rights allow.

A new digital service that will allow listeners to pick and tag any piece of music they hear on the BBC and listen to it later. Working with streaming services so that listeners can keep all their favourite music in one place, listening to it across whatever devices they have.

In 2016, the BBC will set out to get the country coding, repeating the trick it pulled off in the 1980s with BBC Micro. The BBC will challenge its best creative minds and invite in a wide range of partners, to find the best way of building on the range of initiatives in this area.

Building on the success of the Olympics, the BBC will deliver live experiences to audiences made up of the best video, audio, text and stats, across four screens – TV, computer, mobile and tablet.

From next year, this multi-layered service will power the Winter Olympics, the World Cup, the FA Cup and Commonwealth Games, alongside major festivals like the Proms, the Edinburgh Festival and Glastonbury. It will also support big television events and major news events such as Election Night.

An ambition to double the BBC’s global audience by 2022 from 250 million users a week to 500 million.

This will be done through more regional output to get closer to audiences in different parts of the world. And new technologies will be used to reach new audiences, including turning bbc.com from a text-based site into a video and digital service that connects global audiences to everything on offer.

The BBC also confirmed today that it would be discussing the ideas outlined in Tony Hall’s speech at a series of audience events around the country in the coming months. Details of these meetings and of other ways audiences can share their views on the BBC can be found at the new BBC Where Next website: www.bbc.co.uk/wherenext

A new Twitter feed @bbcwherenext will also provide information and updates as events and conversations start over the coming months and in 2014.

﻿Some of these proposals may need approval from the BBC Trust.

A transcript of the speech is available here.