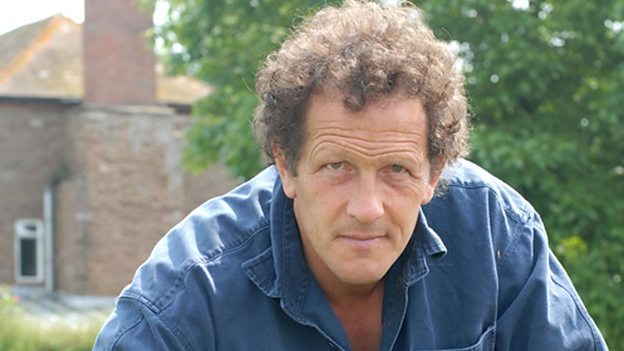 It is great to be back at Chelsea and I am looking forward to celebrating all the best of British horticulture with the nation's gardeners."Monty Don

Category: BBC One; BBC Two; Factual
The BBC’s coverage of The RHS Chelsea Flower Show in 2014 will see Gardeners' World presenter Monty Don and journalist Sophie Raworth joining many of the regular team members for one of the most prestigious gardening events of the year.

Monty and Sophie will be working alongside Joe Swift for over 12 hours of broadcasts on BBC One and BBC Two, including live coverage from the show ground as they spotlight the latest designs and planting innovations in the horticultural world.

Monty Don says: "It is great to be back at Chelsea and I am looking forward to celebrating all the best of British horticulture with the nation's gardeners."

Sophie Raworth says: “I am delighted and honoured to be a part of the Chelsea 2014 team. I grew up in a family of very keen gardeners so know something about the joys and sheer hard work that go in to creating such beautiful places.”

Alan Titchmarsh, who has presented the BBC’s coverage of Chelsea since 1983, says: "I really enjoyed my 30 years of presenting Chelsea Flower Show coverage for the BBC and wish the new team every success."

Alison Kirkham says: "We’re incredibly proud to be covering the RHS Chelsea Flower Show again this year. It is a much anticipated event for many and a real inspiration to all the passionate gardeners in our audience."

The RHS Chelsea Flower Show coverage was commissioned by Alison Kirkham, Head of Commissioning, Factual Features and Formats, and will be executive produced by Simon Shaw.