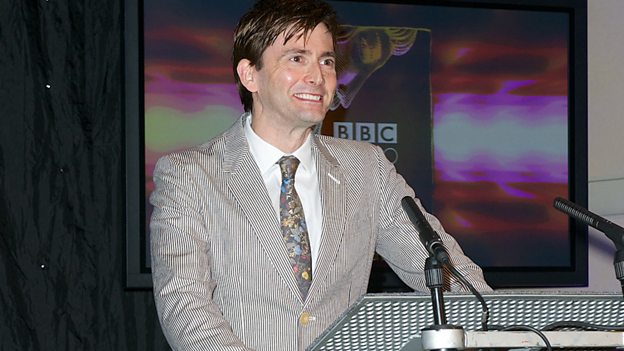 The quality of our radio drama is one of the things that makes me proud to be British. Acting on the radio is challenging, inspiring, delicate and always a privilege."David Tennant

The awards are a celebration of audio drama, on air and online, and are about giving recognition to the actors, writers, producers, sound designers, and others who work in the genre.

The winners of the BBC Audio Drama Awards 2013 are:

Best Actor in an Audio Drama, presented by Penelope Wilton

Best Actress in an Audio Drama, presented by Stephen Tompkinson

Michelle Fairley in The Grapes of Wrath by John Steinbeck, dramatised by Donna Franceschild, produced by Kirsty Williams, BBC Scotland for Radio 4

On It by Tony Pitts, produced by Sally Harrison, Woolyback Productions for Radio 4

The Lost Honour of Katharina Blum by Heinrich Böll, abridged by Helen Meller, produced by Polly Thomas, Somethin’ Else Productions for Radio 4

Best Adaptation from Another Source, presented by Nick Dear

Best Use of Sound in an Audio Drama, presented by Siân Phillips

Believe It! by Jon Canter, produced by Clive Brill, Pacificus Productions for Radio 4

Above and Below written and produced by Daniel Macnaughton, for Aboveandbelowseries.co.uk

The winner of the Imison Award 2012 for Best Script by a New Writer presented by Andrew Davies is Do You Like Banana, Comrades? by Csaba Székely

And the winner of the Tinniswood Radio Drama Award 2012 for Best Radio Drama Script, also presented by Andrew Davies is Kafka the Musical by Murray Gold

Alison Hindell, Head of Audio Drama, BBC says: “It’s fantastic that the BBC is underlining its commitment to the unique genre of audio drama with these awards.  The fact that millions of people listen every day says something about how special it is and this evening is a wonderful way to celebrate the many different talents, both well-known and those at the start of their careers, that go into creating the programmes.”

David Tennant, actor, says: "The quality of our radio drama is one of the things that makes me proud to be British. Acting on the radio is challenging, inspiring, delicate and always a privilege. Radio drama is often overlooked and undervalued next to its showier younger siblings on the television and in the cinema, and yet it is on the wireless that so many important and brilliant talents have been discovered and nurtured. I am delighted radio drama is being celebrated in this way."

You'll be able to hear some of the BBC winning audio dramas again, including On It, Do you Like Banana, Comrades? and The Grapes of Wrath on BBC Radio 4, BBC Radio 4 Extra and BBC Radio 3 from Wednesday 13 February.

In its inaugural year, the BBC Drama Awards 2012 - the first awards of its kind - received more than 150 entries from dramas created across the country and internationally. Winners included David Tennant for Best Actor, acclaimed writer Katie Hims for Best Audio Drama, Andrew Scott for Best Supporting Actor and writer Hugh Hughes for Best Scripted Comedy Drama. This year, more than 180 entries were received.