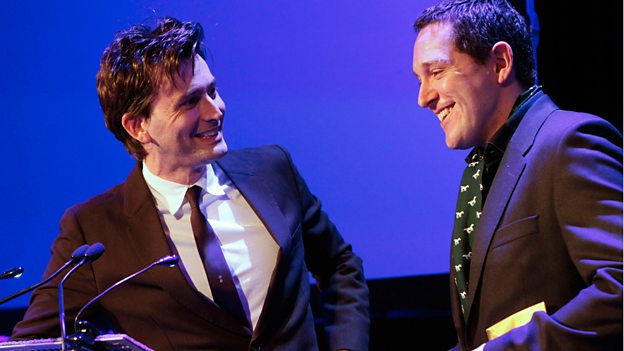 Category: Radio 3; Radio 4; Radio; Drama
The shortlist for the BBC Audio Drama Awards 2013 has been announced this morning. The awards pay tribute to the cultural importance of audio drama, on air and online, and are intended to give recognition to the actors, writers, producers, sound designers and others who work in the genre.

The winners will be announced at a ceremony to be held on Sunday 27 January 2013 in the Radio Theatre at BBC Broadcasting House in central London.

In its inaugural year, the BBC Drama Awards 2012 - the first awards of its kind - received more than 150 entries from dramas created across the country and internationally. Winners included David Tennant for Best Actor, acclaimed writer Katie Hims for Best Audio Drama, Andrew Scott for Best Supporting Actor and writer Hugh Hughes for Best Scripted Comedy Drama. This year, more than 180 entries were received.

Best Adaptation from Another Source

The shortlist for the Imison Award 2012 for Best Radio Drama Script by a new writer is: