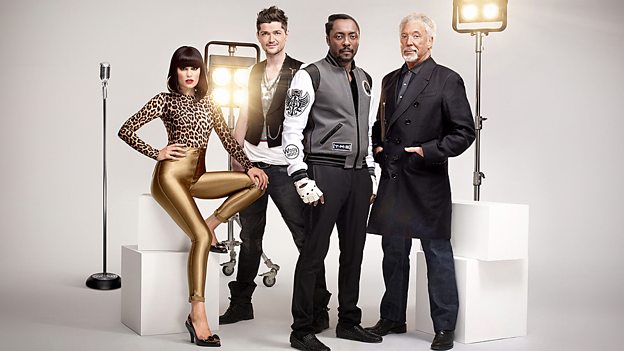 The Voice UK has broken all records for a new entertainment show on the BBC. I'm really proud of the coaches, artists and producers who have achieved this.Danny Cohen, Controller, BBC One

Danny Cohen, Controller, BBC One, says: “The Voice UK has broken all records for a new entertainment show on the BBC. I'm really proud of the coaches, artists and producers who have achieved this. It's great for BBC viewers that we have launched a new Saturday night entertainment show that has had such a big impact and connects so well with BBC values. There are also inevitably things you learn in the first series of a big new show, and we are confident that The Voice UK will return even stronger next year."

The artists were selected, mentored, and trained by four of the most successful figures in the music industry: Jessie J, will.i.am, Danny O’Donoghue and Sir Tom Jones. After selecting their favourite artists at the blind auditions, the coaches developed them through the remaining stages until one artist was named 'The Voice UK 2012'.

Made by Wall to Wall Television, commissioned by Danny Cohen and Mark Linsey, the second series will return to BBC One next year. The Voice was created and first produced in Holland by media entrepreneur John de Mol’s company Talpa.

﻿Leanne Klein, Creative Director, Wall to Wall Television, says: “Wall to Wall is very proud to have produced such a successful debut series. The Voice is a global phenomenon and the UK version is undoubtedly one of the very best. We look forward to working with Talpa and the BBC on the second series, using what we've learnt to make it even bigger and better for 2013.”

The Voice UK is the biggest new entertainment series on BBC One under the current measuring system (since records began in 2001). The series average in overnights is 9.2million/38.5% share with the Sunday night results show averaging 6.9million/29.9%. Across all episodes including results The Voice UK averaged 8.9m/36.3%.

The search for The Voice UK 2013 has begun! Are you a singer with real talent and an amazing vocal ability? Series Two of The Voice UK is after applicants who boast a genuinely fantastic singing voice. Whether you're a solo artist or duo, if you think you have what it takes to become the nation's next big vocal talent, please apply for the open auditions at bbcthevoiceuk.co.uk.