Celebrate 50 years of The Rolling Stones on the BBC 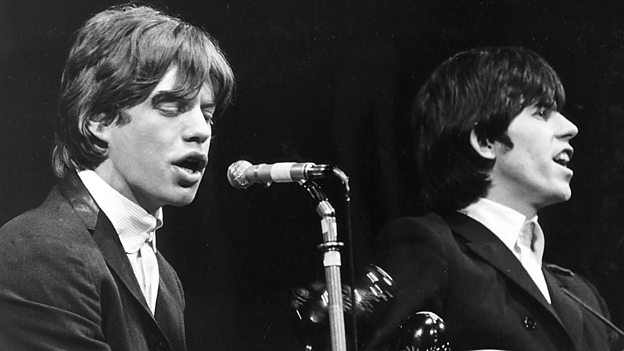 Crossfire Hurricane invites the audience to experience first-hand the Stones' nearly mythical journey from outsiders to rock and roll royalty. This is not an academic history lesson."Brett Morgan, Director

Category: BBC Two; BBC Four; Radio 2
As rock legends The Rolling Stones reach their 50th anniversary, the BBC will celebrate this milestone with a season of programmes across television, radio and red button this November, including the first UK television premier of new documentary, Crossfire Hurricane.


Taking its title from a line in the song Jumpin Jack Flash, Crossfire Hurricane gives viewers an access all areas insight into what it's like to be part of this iconic band. By using previously unseen archive footage with specially recorded commentary from Mick Jagger, Keith Richards, Charlie Watts, Ronnie Wood, Bill Wyman and Mick Taylor, the band tells their own story in their own words.

"Crossfire Hurricane allows the viewer to experience the Stones' journey from a unique vantage point. It's an aural and visual roller coaster ride."

Other television programmes celebrating the band's 50th anniversary include:

Rolling Stones Rock 'n' Roll Circus (BBC Two)
Unique December 1968 Rolling Stones concert in a circus tent featuring the Stones in concert including the last footage of Brian Jones with the band with guests like The Who and Taj Mahal. Directed by Michael Lindsay-Hogg.

Charlie Is My Darling (BBC Two)
Rarely seen and recently restored Peter Whitehead concert and documentary black and white account of the Stones playing Dublin in 1965.

BBC Radio 2 will also be celebrating the legendary band in a whole range of special programmes across the network.

As well as these exclusive interviews, Radio 2 will be broadcasting a number of other programmes. The Rolling Stones At The BBC (Thursday, November 15) will feature some of The Rolling Stones' most memorable performances for the BBC. And in a repeat of the 1999 documentary, The Rolling Stones: From Station To Stadium, Paul Jones discusses life on the road with members of the band.

Over on BBC Radio 6 Music, Huey Morgan will be chatting to Ronnie Wood (Sunday, November 18) and Breakfast presenter Shaun Keaveny will be talking to Keith Richards.

As well as on-air, a host of Rolling Stones content will be available on the Radio 2 website.

Viewers can also use the red button to see exclusive performance footage from the band.

Crossfire Hurricane will be shown in two parts on BBC Two.

You Got Me Rocking