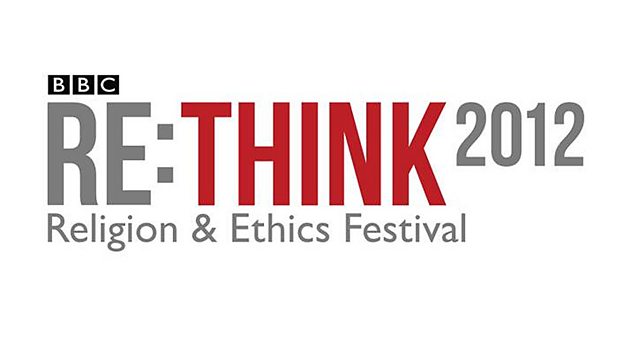 Religion and belief in the UK and how we portray it on television and radio is evolving, and the startling results from this survey shows that this evolution for all broadcasters must continue." Aaqil Ahmed, Commissioning Editor, Religion and Head of Religion and Ethics

Category: BBC North
﻿A poll commissioned by BBC Religion and Ethics as part of BBC RE:THINK 2012 Festival suggests young people think caring for family and putting others before yourself is more important than having religious faith or belief.

BBC RE:THINK 2012 is a two-day event that will explore the essential issues of faith, philosophy and ethics. Hosted by BBC Religion & Ethics at MediaCityUK, Salford on the 12 and 13 September, the festival will consist of a range of keynote speakers, preview screenings, masterclasses and talks from some of the leading professionals and commentators from the field of religion and ethics

Speaking about the findings and ahead of the BBC RE:THINK 2012 Festival, Commissioning Editor Religion and Head of Religion and Ethics said: “Religion and belief in the UK and how we portray it on television and radio is evolving, and the startling results from this survey shows that this evolution for all broadcasters must continue. Throughout BBC RE:THINK 2012 we will be asking the question - What does Britain believe? - with academic and broadcaster Dr Robert Beckford chairing a panel that explores exactly this question in relation to the views of young people.”

The poll undertaken by TNS BMRB among 585 16-24 year-olds asked them to rank the most important moral issue for them, from a list of eight options. These options were:

Having ranked the eight issues in order of importance, religious faith or belief was considered to be least important by almost one third (32 per cent) of the respondents. This was followed by 22 per cent who said buying ethical products was the least important, and 15 per cent who put paying taxes at the bottom of their moral list.

The poll also asked the 16-24 year olds to choose from two statements about whether or not business should have a responsibility to society and behave ethically. Sixty-four per cent of 16-24 year olds agreed that businesses should be responsible, even if they were operating inside the law.

BBC Religion and Ethics has also commissioned new analysis on religious observance, from NatCen Social Research surveys, British Social Attitudes (BSA) and Understanding Society. The latest figures on religion from BSA have not been released until now.

Since the British Social Attitudes survey was first produced in 1983, religious affiliation among people in Britain has dropped from 68 per cent in the first year of study to 53 per cent in 2011.

Sessions from BBC RE:THINK 2012 will be available to view online here

﻿The TNS BMRB Omnibus poll was prepared for the BBC. Fieldwork took place between 15 and 21 August. 585 people aged 16-24 were asked three questions as part of wider face-to-face interviews.

Thinking of people your own age, would you say they are generally more or less concerned about morals than their parents?

51 per cent said they thought young people were less concerned

13 per cent said they thought young people were more concerned

Thinking about ethics and the businesses that affect your life, which of the following is closest to your view?

Businesses exist to make a profit. As long as they are not breaking the law they should not concern themselves with ethical issues – 27 per cent agreed

Businesses have a responsibility to society and should behave in an ethical way, even if they are not breaking the law – 64 per cent agreed

Q3: TNS BMRB asked 16-24 year olds to think about what morals meant to them, and asked them to list a set of issues in order of importance. The issues were:

12 per cent said putting others first

8 per cent said being faithful to a partner

5 per cent caring for the environment

4 per cent listed religion as the most important issue, ranked the same as paying taxes and playing a part in your community

BBC Religion and Ethics has also commissioned new analysis, on religious observance, from NatCen Social Research from their surveys, British Social Attitudes and Understanding Society. The latest figures on religion from BSA have not been released until now.

Looking at young people aged 16-25, if you are White British, you are the least likely to be religious 24 per cent, compared to 97 per cent if you are Bangladeshi, 95 per cent Pakistani, 89 per cent Black African and 87 per cent Indian. If you define yourself as Black Caribbean and you are aged 16-25, 58 per cent will be religious.