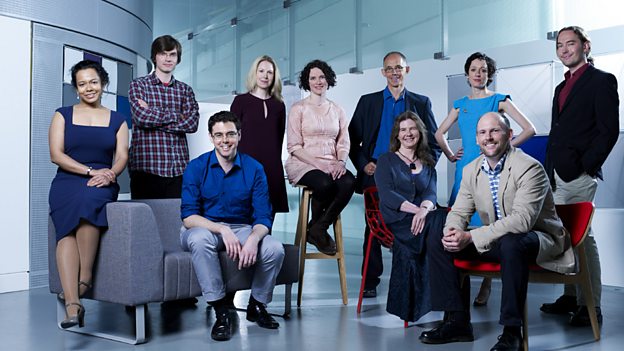 We're looking forward to turning their ideas into successful broadcasts and introducing our listeners to some of the most interesting academic researchers in their field.”Matthew Dodd, Head of Speech programming, BBC Radio 3

Category: Radio 3
The BBC has named the 10 academics who have won the title of BBC Radio 3 New Generation Thinkers 2012.

Producers from Radio 3, BBC Television Arts and the Arts and Humanities Research Council have searched the UK to find the brightest, early-career academics who have the potential to turn their groundbreaking ideas into sensational broadcasting.

The 10 winners, who will be Radio 3’s second generation of resident New Generation Thinkers, will receive top-level mentoring and advice on how to develop their ideas into viable programme propositions as well as the chance to shadow presenters and producers.

They will make their debut appearance on Radio 3’s arts and ideas programme Night Waves (Mondays to Thursdays, 10.00-10.45pm) from Monday 18 June, when they will each present an idea inspired by their research.

The New Generation Thinkers will also be invited to make regular appearances on Radio 3 to discuss their work and the world of ideas, and will deliver talks at Radio 3’s annual Free Thinking Festival of Ideas at the Sage in Gateshead in November 2012.

The scheme, now in its second year, received hundreds of applications from early-career academics who were passionate about communicating modern scholarship to a wider audience. Following a six-month selection process, the final winners were chosen from a group of around 50 finalists, all of whom attended a series of day-long workshops at the BBC in Salford and London. The final 10 were chosen by a judging panel made up of Radio 3 Night Waves producers, BBC Television Arts executives and Arts and Humanities Research Council academics.

Matthew Dodd, Head of Speech programming, BBC Radio 3, says: “Choosing this year's New Generation Thinkers was quite a feat - the quality of ideas was so high. During the selection process we heard about new research in everything from psychiatry to linguistics and it has been incredibly stimulating. We're looking forward to working with this year’s New Generation Thinkers to turn their ideas into successful broadcasts and to introduce our listeners to a new wave of some of the most interesting academic researchers in their field.”

Professor Rick Rylance, Chief Executive of the ﻿Arts and Humanities Research Council (AHRC), says: “We are delighted at the runaway success of this scheme and once more it’s been a real pleasure to work with colleagues from the BBC on it. The quality of the applications we received yet again demonstrates the depth of talent among the new generation of arts and humanities researchers in the UK and the appetite they have to communicate their knowledge and enthusiasm as widely as possible. The successful ten were chosen from an exceptionally strong field and it’s going to be exciting to follow their work on air.”

The names of the ten New Generation Thinkers 2012 and their specialist subjects are:

Specialist subject: The placebo effect and the ethics of deception in medical practice.

Specialist subject: Britain's encounters with the 'old worlds' of Asia and the Middle East in the great Age of Discovery, through travel, memory and imagination.

Specialist subject: The Medical History of World War I, and the growth of Zen in the West.

Specialist subject: The industrial revolution and the history of working-class life.

Specialist subject: Poverty and the early development of social welfare.

University of Cambridge: History and Philosophy of Science

Specialist subject: Social history of nineteenth and early twentieth-century astronomy, in particular debates over evidence for life on Mars.

Specialist subject: The act of eulogy and the responsibility of mourning.

University of Strathclyde: History of Medicine

Specialist subject: History of psychiatry, allergy, and other controversial areas of medicine.

The judging panel consisted of the following people:

BBC Radio 3 broadcasts classical music, jazz, world music, arts and over 30 new drama programmes a year. As the home of classical music, BBC Radio 3 features more live classical music programming than any other and is the home of the BBC Proms, broadcasting every Prom live and over 600 complete concerts a year. The station is the largest commissioner of new musical works in the country and is committed to supporting new talent, from composers to writers and new young performers, through schemes such as World Routes Academy, New Generation Artists and New Generation Thinkers.

The Arts and Humanities Research Council (AHRC) supports research and postgraduate study in the arts and humanities, from languages and law, archaeology and English literature to design and creative and performing arts. The AHRC makes research awards every year ranging from individual fellowships to major collaborative projects as well as over 1,100 studentship awards. Awards are made after a rigorous peer review process, to ensure that only applications of the highest quality are funded.