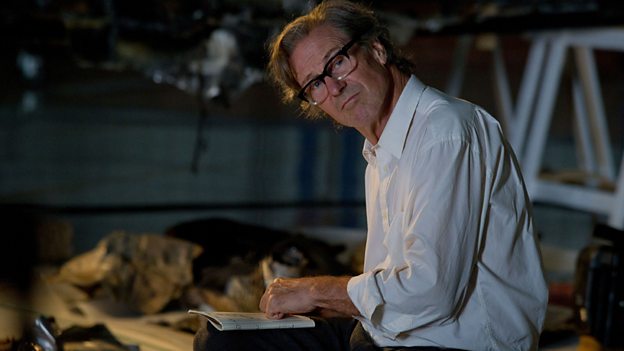 With an impressive cast, including award-winning actor William Hurt, it promises to be a powerful factual drama for BBC Two and part of our mission to make science programmes ever more surprising and ambitious."Kim Shillinglaw, Commissioning Editor, Science and Natural History

Category: BBC Two; Factual
The BBC, The Open University and Science Channel are co-producing a new factual drama starring award-winning actor William Hurt (Altered States, Kiss Of The Spider Woman, Children Of A Lesser God, History Of Violence, Into The Wild, Too Big To Fail).

Hurt will play the brilliant US physicist Richard Feynman, who was instrumental in uncovering the truth behind the space shuttle Challenger disaster of 1986.

When Challenger exploded 73 seconds into its flight on the morning of 28 January 1986, it represented one of the most shocking events in the history of American spaceflight. A Presidential Commission was immediately convened to explore what had gone wrong, but with the vast complexity of the space shuttle and so many vested interests involved in the investigation, discovering the truth was an almost impossible challenge.

A truly independent member of the investigation was Richard Feynman. One of the most accomplished scientists of his generation, he worked on the Manhattan Project building the first atom bomb and won the Nobel Prize for his breakthroughs in quantum physics. Feynman deployed exceptional integrity, charm and relentless scientific logic to investigate the secrets of the shuttle disaster and in doing so, helped make the US space program safer.

Kim Shillinglaw, BBC Commissioning Editor, Science and Natural History, says: “This is the gripping story of a brilliant physicist’s battle for scientific truth in the dark corridors of big government. With an impressive cast, including award-winning actor William Hurt, it promises to be a powerful factual drama for BBC Two and part of our mission to make science programmes ever more surprising and ambitious.”

“The Challenger disaster represents an indelible moment in American history – anyone who is old enough to recall it remembers exactly where they were then this terrible tragedy occurred,” says Debbie Myers, General Manager and Executive Vice President of Science Channel.

“Science Channel is honoured to work with the incomparable William Hurt to tell the story of Richard Feynman, a true-life hero and one of most controversial scientific minds of our time.”

He is joined by American actor Brian Dennehy (First Blood, The Belly Of An Architect, Bunker Hill, Twelfth Night) who is playing William Rogers, Chairman of the Presidential Commission and English actress Joanne Whalley (The Singing Detective, Edge Of Darkness, The Virgin Queen, The Borgias) who is playing Feynman’s wife Gweneth.

Filming begins in October 2012 and the programme is due to broadcast on BBC Two in 2013.

﻿The Challenger is co-produced by BBC Scotland Science, The Open University and Science Channel. It was commissioned by Janice Hadlow, Controller of BBC Two, and Kim Shillinglaw, Commissioning Editor for Science and Natural History.

BBC Executive Producers: Mark Hedgecoe (Operation Iceberg and How To Grow A Planet, Rome: The Rise And Fall Of An Empire) and Cassian Harrison (Earthflight, First Light).