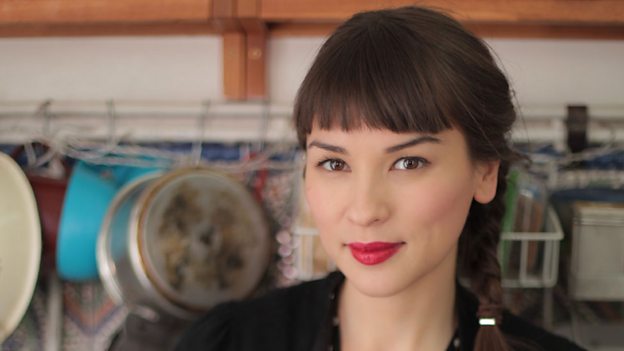 I’ll be inviting viewers into my little Paris kitchen to show that you don’t need high-tech equipment or a Michelin star to create delicious French food in your own home.”Rachel Khoo

From her Parisian home, Rachel journeys through contemporary French cuisine, dusting each and every classic recipe with her own imaginative touch as she shows us how to create irresistible dinners with only minimal fuss.

Rachel is a British pastry chef, a twice-published author and a self-confessed food creative. Her love of food inspired a move to Paris where she trained at Le Cordon Bleu before opening a restaurant in her tiny kitchen, taking her passion for food to a wider audience.

Her unique take on French cooking – influenced by her Malay-Chinese-Austrian heritage – has helped her win over Paris’ toughest food critics, making her the perfect host to explore the city’s finest food with BBC Two.

Tom Edwards, Executive Producer: “We have unparalleled cooking talent here on BBC Two and only the best get to join that stable - Rachel is just that. Her passion, talent and down-to-earth charm make for an effortless education in the food - and city - of Paris.”

Over six episodes, Rachel takes us from her own tiny kitchen in Paris to the capital’s timeless bistros. She walks us through the urban melting-pot of local Vietnamese and North African street markets and meets with some of Paris’s most knowledgeable home cooks. In an enchanting series that captures the magic of the city, she reveals French cooking for the 21st century.

The Little Paris Kitchen (working title: 6x60) was commissioned by Janice Hadlow, Controller, BBC Two and Alison Kirkham, Commissioning Editor for Features and Formats, BBC Productions. The commissioning executive at the BBC is Tom Edwards and Stuart Cabb is executive producing for Plum Pictures. It airs on BBC Two in spring 2012.