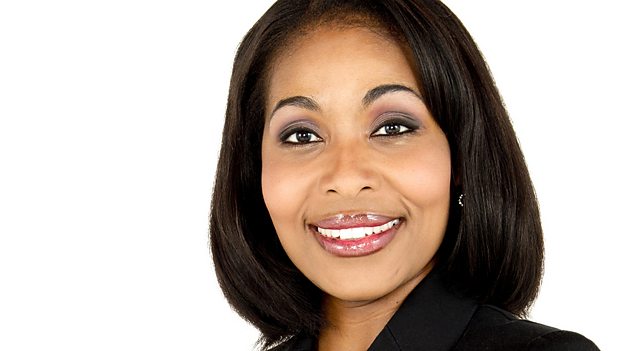 Newsday is about bringing the world to Africa, and bringing Africa to the world - an exciting team of presenters, with a fresh sound and style to engage with Africa's very large radio audience at breakfast time."Andrew Whitehead, Editor of BBC World Service News

Category: World Service
The BBC has announced today that it is to launch a new flagship radio programme Newsday on the BBC World Service aimed largely at the breakfast audience in Africa.

Lerato Mbele, previously a star of CNBC Africa, has been unveiled as a presenter for the BBC World Service’s new radio programme.

She will co-present the show daily from Johannesburg alongside Lawrence Pollard in London.

Bola Mosuro, Julian Keane and Nuala McGovern will be the other leading presenters on the show.

Figures released today show that the BBC has a combined weekly audience on all platforms in Africa of 81.4 million in 2012 - up from 78.1 million in 2011 – making the BBC the largest international broadcaster on the continent.

Newsday will launch on BBC World Service Radio on 23rd July in the week that London prepares to open the Olympic Games.

It will be an ambitious and innovative five-and-a-half hour show every weekday, bringing together the audiences of The World Today and Network Africa.

With a global agenda, Newsday's tone and content will set out to appeal to the very large audience for the BBC World Service in Africa at breakfast time – while also involving those listening in other parts of the world.

The programme will take to the road in Africa, and broadcast regularly from there, as the big stories unfold. And for the first three weeks from its launch, Newsday will be out and about in London and around the UK every morning, as it reflects the big talking points from the Olympics, while also going live around the world to see how those stories are playing out.

New presenter Lerato Mbele said: "I am excited to be joining the BBC because of its extensive international presence and wealth of journalistic experience. The BBC’s new African coverage really excites me. The timing is fortuitous because Africa has now evolved into a fresh, young and vibrant market.

"As Africans we are ready to share our stories and as a global news leader, the BBC is poised to gives us a great voice and platform to do so. The Newsday team is creative & open-minded and they are ready to take us all to the next-level. I look forward to working with them and bringing a local perspective first hand."

The programme is part of a range of new programming to be launched by the BBC this year for Africa. BBC Focus on Africa was also launched last month, providing the first-ever dedicated daily TV news programme in English for African audiences. It is broadcast on BBC World News and via partner stations.

The Editor of BBC World Service News, Andrew Whitehead, said: “The BBC - across languages and platforms - is the biggest international broadcaster to Africa; one-in-two listeners to the World Service in English are in Africa. It's also one of the most rapidly changing media markets.

“Newsday is about bringing the world to Africa, and bringing Africa to the world - an exciting team of presenters, with a fresh sound and style to engage with Africa's very large radio audience at breakfast time. And our goal: we expect Newsday to be the most listened to radio news programme by an international broadcaster. It will certainly have more listeners than any other BBC radio news programme.”

BBC Africa Editor, Solomon Mugera, said: “We recently launched a daily TV programme in English, BBC Focus on Africa, dedicated to our African audience. In July we are introducing Newsday – the biggest global radio breakfast show. In a world that’s becoming increasingly interconnected, the desire for trusted and relevant news about Africa and the world has never been greater. Newsday promises to give our listeners a powerful start to the day with the latest news, sports, business and entertainment. ”