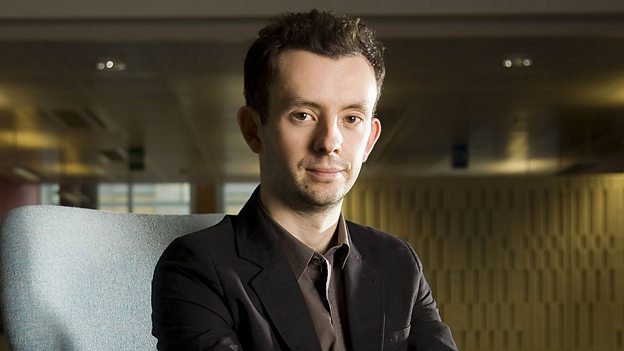 Announcing today’s new commissions, Ben Stephenson said: “2012 is a massive year for drama on BBC One as Danny Cohen and I up the scale and pace of our output in order to secure the next generation of mainstream hits, risk taking and originality.

"The unique nature of our funding means that only BBC One drama can bring you this kind of quality and range to ensure there really is something for everyone. I believe BBC One showcases the biggest and broadest range of what mainstream drama can offer of any channel in the world. This year alone will see BBC One launching over 20 new titles, as well as bringing back over 15 returning series.

“BBC One is the home of big characters, big emotions and big stories – and it is these three components that will define drama on the channel over the next few years. The five new commissions announced today deliver on the big three themes.

"War Of The Roses is one of the most ambitious projects ever attempted by the BBC – a huge slice of history told from the perspective of the powerful women behind the throne. The Secret Of Crickley Hall, written and directed by Joe Ahearne, is a terrifying and haunting ghost story. Truckers by William Ivory, a series about truck drivers whose lives on the road conflict with their lives at home, is full of big laughs and emotions.

"On the back of the success of Great Expectations this Christmas comes The Moonstone, the world’s first detective story and a powerful love story with the brilliant detective Sergeant Cuff at the centre. Also next Christmas, Room On The Broom, from the makers of The Gruffalo, is a captivating story about friendship, family, cats and witches.”

All five dramas detailed below were commissioned with Danny Cohen, Controller BBC One.

War Of The Roses

A serial based on Philippa Gregory's novels, adapted by Emma Frost, made by Company Pictures.

Based on the best-selling series of books The Cousins' War, by acclaimed historical fiction novelist Philippa Gregory. This new series will be set against the backdrop of one of this country's most bloody periods, The War of the Roses, when two dynasties, the Yorks and the Lancasters, fought through several generations for the right to rule England.

Told uniquely from the perspective of the women who shaped their men and who shaped history in the process. Murderers, mothers and lovers, queens and witches, it's about women and power at a time when women could still be burnt at the stake for sorcery.

The Secret Of Crickley Hall

A 3x60 minute drama adapted and directed by Joe Ahearne (Trance, Apparitions, Doctor Who, This Life), made by BBC Drama Production North.

Adaptation of James Herbert's best-selling ghost story especially for Halloween. A haunted house chiller, full of scares, but underpinned by the moving tales of children and parents separated, 70 years apart.

Adaptation of Wilkie Collins’ rollicking adventure yarn and powerful love story about the theft of an Indian jewel by a British army officer at the storming of a Maharajah’s palace.

Described by TS Eliot as 'the first and greatest of English detective novels', it is widely regarded as being responsible for introducing the first fictional policeman into literary fiction - Sergeant Cuff of Scotland Yard.

Cuff is called in to solve the theft of the precious stone and uncovers secrets, lies, passion, hypocrisy, and murder.

The Moonstone is the story that tests all of his deductive powers.

A 6 x 60 minute series, written by William Ivory, made by Company Pictures.

William Ivory’s new series introduces a rogue's gallery of irascible characters, men and women, all of whom work for the same haulage company driving 40 ton articulated lorries across the Midlands.

It's a warm, funny, bitter-sweet character-driven show about getting by in difficult times.

Room On The Broom

From the makers of The Gruffalo and The Gruffalo’s Child, Room On The Broom is another magical tale about friendship and family from best-selling author Julia Donaldson and illustrator Axel Scheffler.

A story about a kind witch who invites a surprising collection of animals to join her on her broom, much to the frustration of her cat. The gang ultimately save the witch from a fearsome dragon, and in gratitude she rewards them with a magnificent new broom which has room for everyone.

Further BBC One announcements made by Ben Stephenson today include: