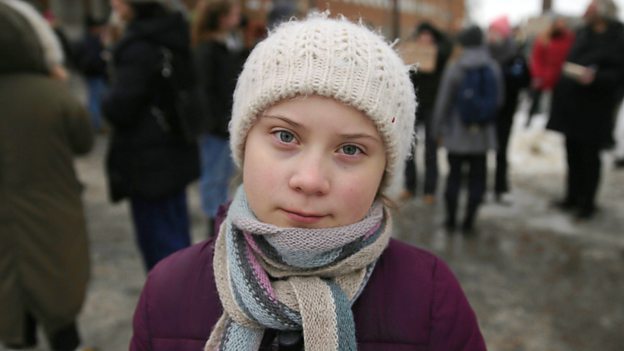 Climate change is probably the most important issue of our lives so it feels timely to make an authoritative series that explores the facts and science behind this complex subject. Rob Liddell, BBC Studios Executive Producer

The series will follow Greta’s international crusade, which takes her to the front line of climate change in some of the most extraordinary places on earth, as she explores what actions could be taken to limit climate change and the damage it causes.

Scientists across the world agree that global temperature rise needs to be limited to 1.5 degrees, to give us the best possible chance of avoiding irreversible chain reactions. Throughout the series a chorus of these experts will lay out the science that lies beneath this unambiguous statement.

As she travels Greta meets not only leading scientists but political leaders and business heavyweights, exploring the scientific evidence with them and challenging them to change.

The films will also charts her own journey into adulthood as she continues to be confronted by the real world consequences of inaction; and will share some of the quiet moments as she writes the impactful speeches that are now broadcast and analysed around the world, as she lives a teenage life like no other.

Rob Liddell, BBC Studios Executive Producer said: “Climate change is probably the most important issue of our lives so it feels timely to make an authoritative series that explores the facts and science behind this complex subject. To be able to do this with Greta is an extraordinary privilege, getting an inside view on what it’s like being a global icon and one of the most famous faces on the planet.”

BBC Studios, a global content company with British creativity at its heart, is a commercial subsidiary of the BBC Group. Able to take an idea seamlessly from thought to screen, it spans content financing, development, production, sales, branded services, and ancillaries from both its own productions and programmes and formats made by high-quality UK independents. Award-winning British programmes made by the business are internationally recognised across a broad range of genres and specialisms, including factual, drama, entertainment and comedy. BBC Studios has offices in 22 markets globally, including six production bases in the UK and production bases and partnerships in a further nine countries around the world. The company, which makes around 2,500 hours of content a year, is a champion for British creativity around the world and a committed partner for the UK’s independent sector. Created in April 2018 by the merger of two existing commercial subsidiaries, BBC Worldwide and BBC Studios, the company has revenue of around £1.4bn. In the year to March 2019, it returned £243m to the BBC Group, complementing the BBC’s licence fee and enhancing programmes for UK audiences.