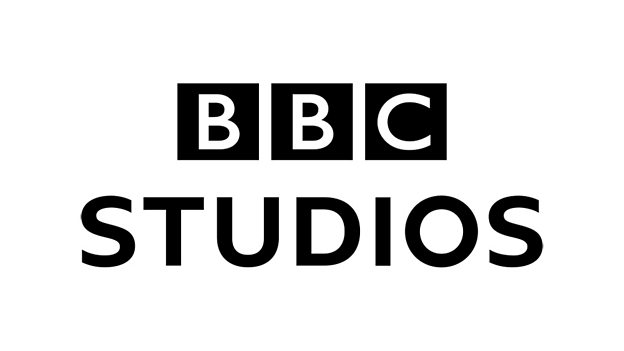 The results reflect strong delivery against our strategy; investing in premium British IP and an increased focus on customer management have led to another record year for content sales, while our productions, formats and branded services continue to extend their global footprint and find wider audiences. Tim Davie, CEO for BBC Studios, and formerly CEO, BBC Worldwide

Category: BBC Studios
• BBC Studios delivers profit in its first year as a commercial subsidiary
• BBC Worldwide EBITDA up 42% and returns to the BBC remain stable at £210m
• Results demonstrate a strong base for the newly integrated BBC Studios, which began trading on 3 April 2018

The results reveal that each commercial entity joined together to form a single commercial group from a strong financial base, with BBC Studios reporting headline sales of £432.0m and EBITDA of £7.2m[1] in its first year of trading, and BBC Worldwide showing an increase in EBITDA to £118.3m, while sustaining cash returns to the BBC above £200m for a fourth successive year.

Tim Davie, CEO for BBC Studios, and formerly CEO, BBC Worldwide, during the financial year, said: “BBC Worldwide delivered a solid performance for 2017/2018 against a rapidly changing and an ever more competitive landscape. The results reflect strong delivery against our strategy; investing in premium British IP and an increased focus on customer management have led to another record year for content sales, while our productions, formats and branded services continue to extend their global footprint and find wider audiences.

“BBC Worldwide entered the merger with BBC Studios from a strong position.  Joining our world-class distribution capability with the UK’s most awarded production company was the most natural step to keep us both fit for the future. I am confident about the prospects of the new BBC Studios and what we can achieve together.”

Mark Linsey, Chief Creative Officer for BBC Studios, and formerly Director, BBC Studios, during the 2017/2018 financial year, said: “It’s testament to the hard work and dedication of our hugely talented programme-makers and business teams that we have turned a profit in our first year of operating as a commercial entity.  This year we received 200 nominations and over 80 awards for our content. Three of the top five British shows of 2017 were ours, proving that our programmes have made a huge impact on audiences.  Not only that, we won new business from third-party broadcasters both here in the UK and around the world.  We now look forward to consolidating and growing our success within the newly merged BBC Studios.”

BBC Studios launched as a commercial subsidiary in April 2017, as part of a major change to the BBC’s content supply strategy. As a result, it ceased to have a guarantee of business from the BBC but gained the ability to pitch programming to other commissioners in the UK and internationally for the first time.

The business has achieved a successful first year of trading. BBC Studios produced over 2,000 hours of content in 2017/18, generating headline sales of £432.0m and EBITDA of £7.2m, supported by reductions in costs.

On-screen, BBC Studios content received widespread industry recognition with more than 80 awards and 200 nominations, making it the most awarded producer in the UK. Drama Three Girls and Natural History landmark Planet Earth II were particular highlights, winning 35 awards between them.

BBC Studios delivered many of the most-watched programmes of the year with One Love Manchester, the biggest series launch to date for Strictly Come Dancing, and EastEnders and Mrs Brown’s Boys topping viewing over the Christmas period.

The launch of Blue Planet II with an audience of 14m made it the biggest Natural History programme in 15 years, and the resulting anti-plastics campaign demonstrated the power of television to make an impact on society.

Following its launch as a commercial business, BBC Studios’ strategy has been to develop a more balanced portfolio of business by continuing to deliver existing programmes to the highest creative standards and across multiple genres and specialisms, whilst investing in generating new intellectual property and diversifying its customer base.

A key challenge for the company has been the tendering of returning programmes: BBC Studios was successful in winning three of the four tenders, for Question of Sport, Holby City, and Doctors, as well as a majority of slots for Horizon. New business with the BBC this year has included daytime drama Shakespeare & Hathaway and a recommission for BBC Three comedy series This Country.

BBC Studios made good progress in securing commissions with other broadcasters, including Fatberg Autopsy for Channel 4, Inside Hotel Chocolat and The Bermuda Triangle for Channel 5, Sex, Knives and Liposuction for UKTV and The Red List for Discovery, all demonstrating a wider appetite for BBC Studios’ editorial offering.

BBC Worldwide delivered headline sales of £1,044.0m (2016/17: £1,059.9m), a reduction of 2% from the prior year. The business achieved growth in BBC branded channels, acquired a majority stake in scripted indie Sid Gentle Films Ltd and matched the previous year record in Content Sales with the business again being the world’s largest distributor of UK content. Production and Formats grew in Global Markets, with a reduction in the Americas from fewer hours of Dancing with the Stars. This growth was offset by the inter-group transfer of advertising sales in order to align more closely with the rest of the Global News Limited business, continuing decline in the DVD market and the impact of contract renewals in UKTV.

EBITDA of £118.3m was 42% higher than the prior year. This reflected a strong performance in Content Sales, cost efficiencies across Branded Services and overhead savings, which offset significant currency pressure and a decline in Consumer Products. Once adjusted for one-off specific items in the prior year, such as a change of amortisation profile, the closure of the Latin American channels business and BBC Store, alongside joint venture performance and foreign exchange, this represents a 16% increase.

Free cash flow of £121.4m was 34% higher than the prior year (2016/17: 90.8m). Once adjusted for one-off specific items alongside foreign exchange and joint venture performance, this represents a 41% increase in owned and operated free cash flow.

The financial results reflect good delivery of BBC Worldwide’s transformation programme, with an increased focus on intellectual property (‘IP’) ownership; on high-value customers and markets; and on global franchise brands.

2017/2018 saw a sustained record performance in Content Sales at £422.8m (2016/17: £422.4m) with landmark natural history series Blue Planet II, the fifth and final series of BBC AMERICA commission Orphan Black, and Planet Earth II all selling to over 220 territories in the year.

Blue Planet II fromBBC Studios’ Natural History Unitwas the mostwidelysold programme of the year, selling to 234 territories by year-end. In the US, BBC AMERICA and the entire suite of AMC Network channels premiered episode one, which became the most watched advertising-supported nature episode in nearly eight years in the US, while Blue Planet II content amassed over 250m views on Chinese VOD platform Tencent between September 2017 and year-end.

International versions of popular British shows continue to attract large local audiences with the third series of Bake Off Brazil, Mao na Massa, becoming the highest rated cooking show on Brazilian television last year and the opening episode from the third series of Dancing Brasil garnering a best-ever 8.1m rating for free-to-air broadcaster RECORDTV. Elsewhere, a new partnership with Applause Entertainment in India will see local versions of Criminal Justice and The Office. In Korea, Munhwa Broadcasting Corporation (MBC) licensed the scripted format for Luther, with local adaptations of the hit BBC series Mistresses and Life on Mars airing on South Korean screens this spring/summer. In Russia, Star Media will produce a local version of Doctor Foster for broadcast on Russia 1 during 2018.

BBC Worldwide was voted the number one distributor by peers, for the second year running, through Broadcast in September 2017. BBC Worldwide was praised for the range and quality of its catalogue and recognised for its progress in transforming the content sales business to stay ahead of an increasingly challenging market.

BritBox, the subscription video on demand service partnership with ITV plc, had a strong first year in the US. It also launched into Canada in February 2018 and reached the milestone of over 250,000 subscribers collectively for the US and Canada by the fiscal year end. The service also announced its first original commission as a co-producer alongside ITV, The Bletchley Circle.

BBC Worldwide entered into several innovative global deals during 2017/18, including a Memorandum of Understanding (MOU) with Shanghai Media Group Pictures which will see an expansion of the Doctor Who brand in China. Partnerships with Foxtel, the ABC, Sky, and Fetch were cemented with new or continued deals in Australia and New Zealand.  In the digital space, a partnership with Google Daydream saw the release of BBC Earth: Life in VR, an award-winning, immersive natural history experience which offers a unique perspective on the world’s oceans through the power of virtual reality.

Meanwhile, joint venture UKTV performed well, despite a soft advertising market and the impact of contract renewals. Shortly before year end, in March 2018, the shareholding of Scripps Networks Interactive Inc. in UKTV was purchased by Discovery Inc.

Relationships continued to be built across the independent sector, with total returns to indies through rights investment, royalties and profit shares up 1.5% at £148.6m (2016/17: £146.4m) during the year. In addition to this, BBC Worldwide made new equity investments in two British independent drama production companies, Sid Gentle Films Ltd and Various Artists Ltd, and increased its shareholding in Clerkenwell Films, supporting British entrepreneurship and IP generation while enhancing the future of its own content supply. During the year BBC Worldwide sold its share of production incubator, Greenbird Media. BBC Worldwide also accounted for an important element of the UK’s £902m revenue generated from TV exports[3].

In November 2017, it was announced that BBC Worldwide would merge with BBC Studios to form a single integrated group, in line with industry norms, combining the BBC’s world-renowned television production arm, now a fully commercial subsidiary, with BBC Worldwide’s activities across production, channels, sales, and ancillaries. The merger, which completed on 3 April 2018, strengthens IP generation and enhances content supply, helping to secure the future of the BBC as a long-term creator and owner of the highest quality British content, for the benefit of its audiences at home and beyond.

In 2017/18 the group changed the non-statutory measure of financial performance from Headline Profit to EBITDA in order to allow better comparison with similar businesses in the industry and to match the way in which the business is now reviewed internally. EBITDA is defined as operating profit including production tax credits, before depreciation and amortisation (excluding distribution rights amortisation) and share of depreciation, amortisation, tax and interest of joint ventures and associates.

BBC Studios, a global content company with British creativity at its heart, is a commercial subsidiary of the BBC Group. Formed in April 2018 by the merger of BBC Worldwide and BBC Studios, it spans content financing, development, production, sales, branded services, and ancillaries spanning both its own productions and programmes and formats made by high-quality UK independents. These award-winning British programmes are internationally recognised across a broad range of genres and specialisms. BBC Studios has offices in 22 markets globally, including six production bases in the UK and production bases and partnerships in a further nine countries around the world. The company, which makes 2500 hours of content a year, is a champion for British creativity around the world and a committed partner for the UK’s independent sector. BBC Studios has revenue of £1.4bn, and returns around £200m to the BBC Group annually, complementing the BBC’s licence fee and enhancing programmes for UK audiences.

[2] BBC Studios results relate to the subsidiary known as BBC Studios during the financial year, not the subsequent merged company of the same name