Home / Where we work / Asia / Bangladesh / Humanitarian and resilience work

Preparing for and responding to disasters in Bangladesh 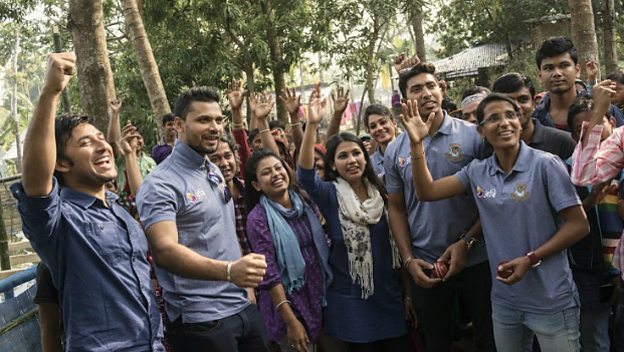 Watch: our reality TV show helping improve people’s resilience, Amrai Pari (Together We Can Do It)

TV and radio show Amrai Pari (Together we can do it) will visit communities as they strengthen storm defences, improve the safety of their homes or start new small businesses.

Bangladesh is one of the most disaster-prone countries in the world – particularly when it comes to extreme weather.

The effects of droughts in the north and cyclones in the south are often widespread and can be debilitating to millions of people. In fact the effects of Cyclone Sidr in 2007 and Cyclone Mahasen in 2013 are still being felt today.

Parts of Bangladesh are also at risk from earthquakes. With 80% of the land lying on a flood plain and a population of over 150 million, even a relatively small disaster can still have a big impact on a lot of people.

BBC Media Action is working with partners to help the public prepare better for future disasters; and to ensure that affected people receive accurate, timely and useful information if a disaster occurs.

With limited infrastructure and more than 30% of people living below the national poverty line, many people are finding it difficult to adapt to increased incidences of extreme weather. Countless families live hand-to-mouth and rely on a single source of income, so disruptions to their normal life can be disastrous.

A major research study undertaken by BBC Media Action across seven countries in Asia found that, while people in Bangladesh are aware of the increasing frequency and severity of changes in the weather, they do not know how to respond.

There are, though, actions that communities can take together to improve their resilience to these effects, whether it is diversifying crops, storing food and water for use in an emergency, working together to improve local infrastructure or finding new and more diverse ways of earning.

In May 2014, BBC Media Action started broadcasting a major reality television series, aimed at helping and encouraging communities to work together to improve their economic wellbeing and prepare for extreme weather events.

Amrai Pari (Together We Can Do It) visits communities in the most susceptible areas of the country as they work with their neighbours and in some cases, with local government disaster management committees, to strengthen storm defences in fishing areas, make cyclone shelters child-friendly, grow new resilient crops or start a new business.

In this way, the programme hopes to inspire and inform people, providing an opportunity for communities to share their knowledge and work together to create something vital for their welfare and livelihood.

In series three, the programme had a stronger focus on how communities could work with local government officials and groups to improve their resilience. In one episode, the show featured Supti Nath who lived on an island severely affected by rising sea-levels. Supti wanted local government to help repair a local flood defence before the rainy season. “I feel confident that I can be a leader among the community and help to bring about change. If we understand and demand our rights then we can make progress”, said Supti after a public hearing.

Preparing for the worst

"Sometimes we become weak after natural disasters. We kneel down on our knees. Then we stand up again, holding our head up high, because we have strength and courage. We are people from the coast. We are fearless by nature. No matter if it is a storm or cyclone, we try to face them with courage." So started the first episode of radio programme Ghure Daray (Get Back On Your Feet) which, in June 2013, was created to help people affected by Cyclone Mahasen to rebuild their lives.

We worked with two community radio stations to produce a series of magazine programmes providing simple, practical advice on topics including agriculture, water, sanitation and shelter. The show was an important tool for government agencies and NGOs to distribute vital information to the 1m+ people affected by the cyclone.

The programme, funded by ECHO (European Community Humanitarian Office) alongside the production of TV and radio messages before the cyclone hit, was also an opportunity for affected people to raise questions about the problems they were facing.

Since Cyclone Mahasen, we have been working with other community radio stations throughout the country to train their local production teams to be able to produce local programmes which help listeners to prepare for, and respond to, the specific local shocks and stresses they face. 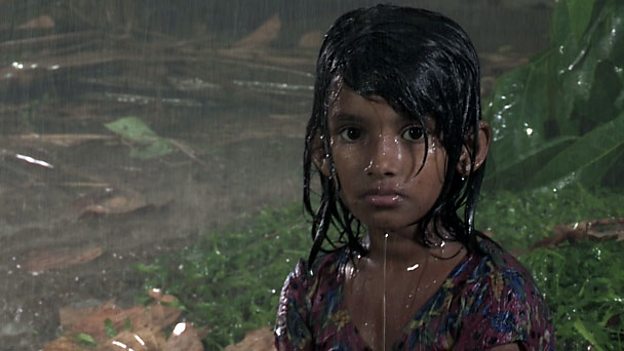 When a disaster strikes, there is often very little time to prepare a response, so working together with partners in advance is vital.

In Bangladesh, BBC Media Action is working alongside World Vision, with funding from the UK government's Disasters and Emergencies Preparedness Programme, to convene a working group called Songjog. Through regular meetings and training, the group aims to help its NGO and government members understand the importance of two-way communication and shape and agree key communications messages in advance of natural disasters. 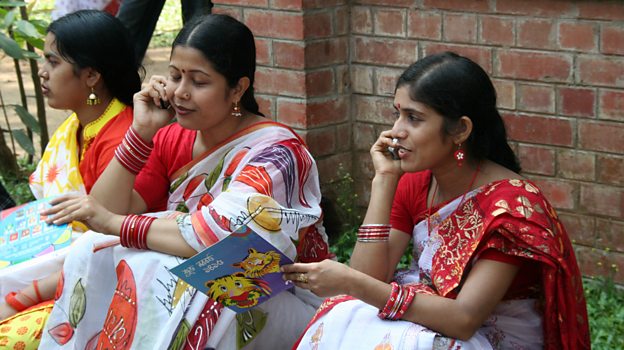