Home / Where we work / Africa / Sierra Leone / Kick out Ebola

In Sierra Leone, the country with the highest reported number of Ebola cases during the 2014-16 crisis, we helped challenge Ebola-related stigma and shared life-saving information with large numbers of people, by means of:

Our radio programmes showed the human face of Ebola. In one moving episode of Kick Ebola Nar Salone a nurse described how she had recovered from the virus and the steps she took to avoid infecting her child or other family members. "It couldn't have more vividly refuted [showing] the fear and denial that Ebola has provoked in people," said Musa Sangarie, programme manager, adding "we hope her story will inspire others to seek treatment early."

To talk about one’s own death is strictly taboo in Sierra Leone but our radio presenters did just that, live on-air, in order to encourage safe burials, "I pledge that if I die from Ebola, I forbid any of my relations to touch my body" said presenter Olabisi Olu-Garrick.

Radio producer Mustapha Dumbuya wrote movingly in his blog about the loss of 16 members of his family and how this inspired him to work even more tirelessly on programming to save lives.

We partnered with the Paul G. Allen Family Foundation to deliver "lifeline" communication training to media, officials and humanitarian workers in 10 countries at risk of Ebola across West Africa. This enabled them to respond rapidly should a health emergency arise by circulating accurate information and relevant programmes. 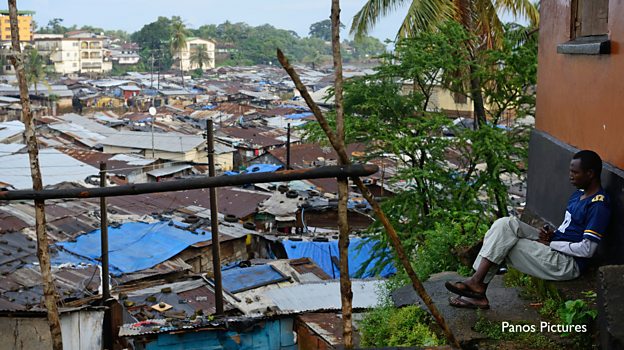