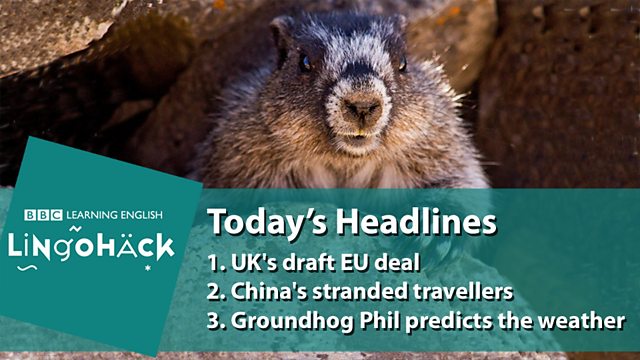 Has a deal been reached that will persuade British voters to stay in the European Union? The Prime Minister, David Cameron, has hailed a draft EU reform deal as delivering what he calls 'substantial changes'. Among other things, the proposals would allow the UK to suspend some welfare payments to workers from other European countries. He will now need to persuade the leaders of the other 27 EU member states to agree to it.

Now, if you've had a tough commute recently, spare a thought for these rail passengers in China – 50,000 of them have been left stranded in the southern city of Guangzhou. Bad weather is hampering the country's busiest travel period, the Lunar New Year getaway. Extra trains are being laid on to try and clear the backlog.

If you're fed up of winter, here's some good news for you from Punxsutawney, Pennsylvania. They've just had their annual Groundhog Festival at Gobbler's Knob and it's all to record the weather prediction of this chap here, the resident groundhog Punxsutawney Phil, to the crowd's delight. Phil failed to see his own shadow so that means that he believes there's going to be an early spring.

hailed
announced publicly how good or important something is

hampering
making it difficult to do something

prediction
what you think will happen in the future

2. Because of the strike by doctors there is a _______ of patients waiting to be treated.

3. The new swimming pool was _______ as a great benefit for the local community.

4. Weather forecasters have ________ the worst of the weather will hit the country on Monday.

1. A lack of clues was hampering the investigation into the man's murder.

2. Because of the strike by doctors there is a backlog of patients waiting to be treated.

3. The new swimming pool was hailed as a great benefit for the local community.

4. Weather forecasters have predicted the worst of the weather will hit the country on Monday.

Learn the most common sound in English

Learn to run a Learning Circle 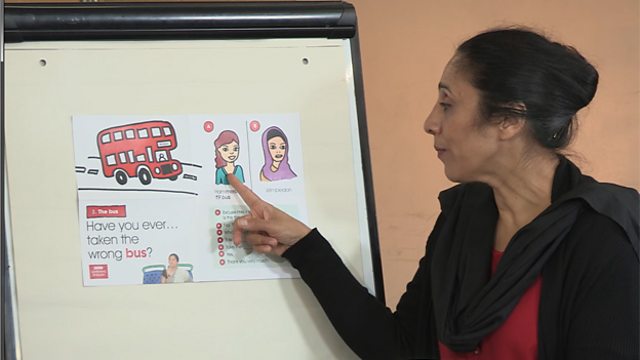