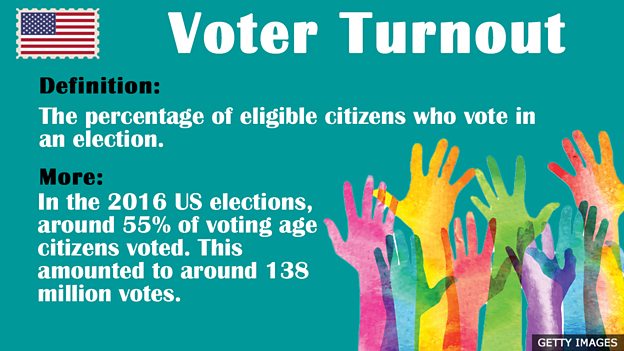 The percentage of eligible citizens who vote in an election.

In the 2016 US elections, around 55% of voting age citizens voted. This amounted to around 138 million votes.

'It looks like voter turnout for the 2019 general election was slightly down on the 2017 figure, with fewer people turning out to choose between Boris Johnson's Tories and Jeremy Corbyn's Labour'

'According to the World Bank’s 2017 World Development Report, election turnout is declining across the world. Over the last 25 years, the average global voter turnout rate dropped by more than 10%.'