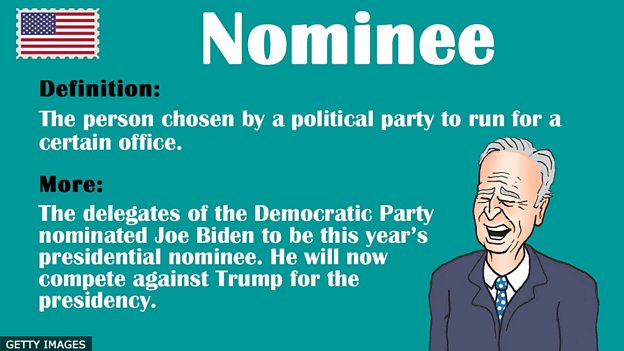 The person chosen by a political party to run for a certain office.

The delegates of the Democratic Party nominated Joe Biden to be this year's presidential nominee. He will now compete against Trump for the presidency.

'The public, however, still influenced presidential nominations as newly reliable public opinion polls measured support for potential nominees. In the mid-20th century, the candidate at the top of the national polls almost always was nominated by the national conventions.'

'Other parties, such as the Libertarians and the Green Party, may have enough support to get their nominees on the ballot in some or all states, but it has been more than 150 years since someone other than a Republican or a Democrat has won the presidency.'