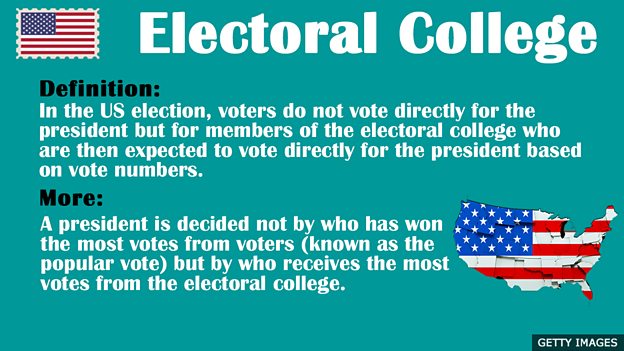 ‘They are technically voting for 538 electors who, according to the system laid out by the Constitution, meet in their respective states and vote for President and Vice President. These people, the electors, comprise the Electoral College, and their votes are then counted by the President of the Senate in a joint session of Congress.’

‘People view issues differently when it affects their neighbors and community. In urban America, where the popular vote would be paramount without an Electoral College, many voters don’t know military service members, farmers or energy workers’

‘Each state has a number of electors in the electoral college proportionate to its population: the sum of its number of senators (always two) and representatives in the House.’