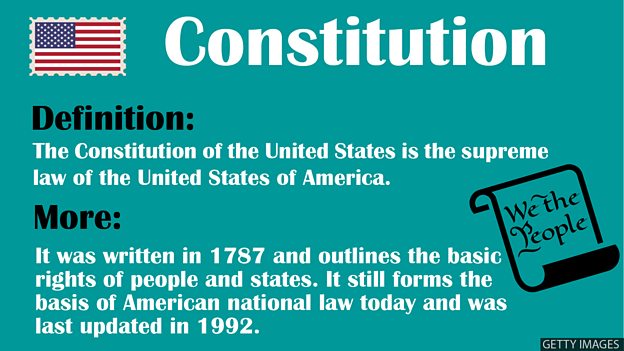 The Constitution was written in 1787 and outlines the rights of people and states. It still forms the basis of American national law today and it was last updated in 1992.

'U.S. election laws date back to Article 1 of the Constitution. This gave states the responsibility of overseeing federal elections. Many Constitutional amendments and federal laws to protect voting rights have been passed since then.'

'While it is technically possible, the power to set an election date doesn’t sit in the executive office. The Constitution gives that power to Congress, the legislative branch.'