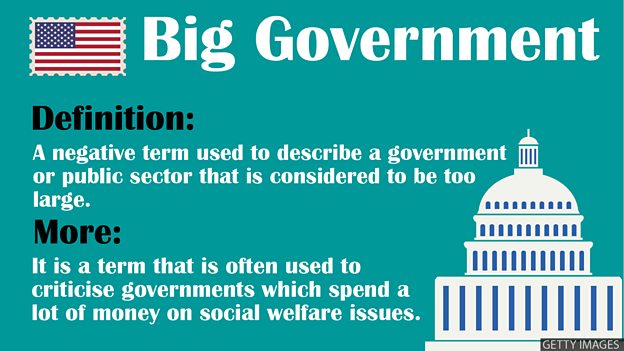 A negative term used to describe a government or public sector that is considered to be too large.

It is a term that is often used to criticise governments which spend a lot of money on social welfare issues.

‘But the Covid-19 crisis makes utterly clear why some problems demand big government solutions, and why they can’t just be temporary.’

‘When President Obama introduced his mammoth $4.4 trillion budget this week, he effectively announced that the era of big government is back.’

‘Mr. Clinton separated himself from Democratic orthodoxy, twice pronouncing that the "era of big government is over."’